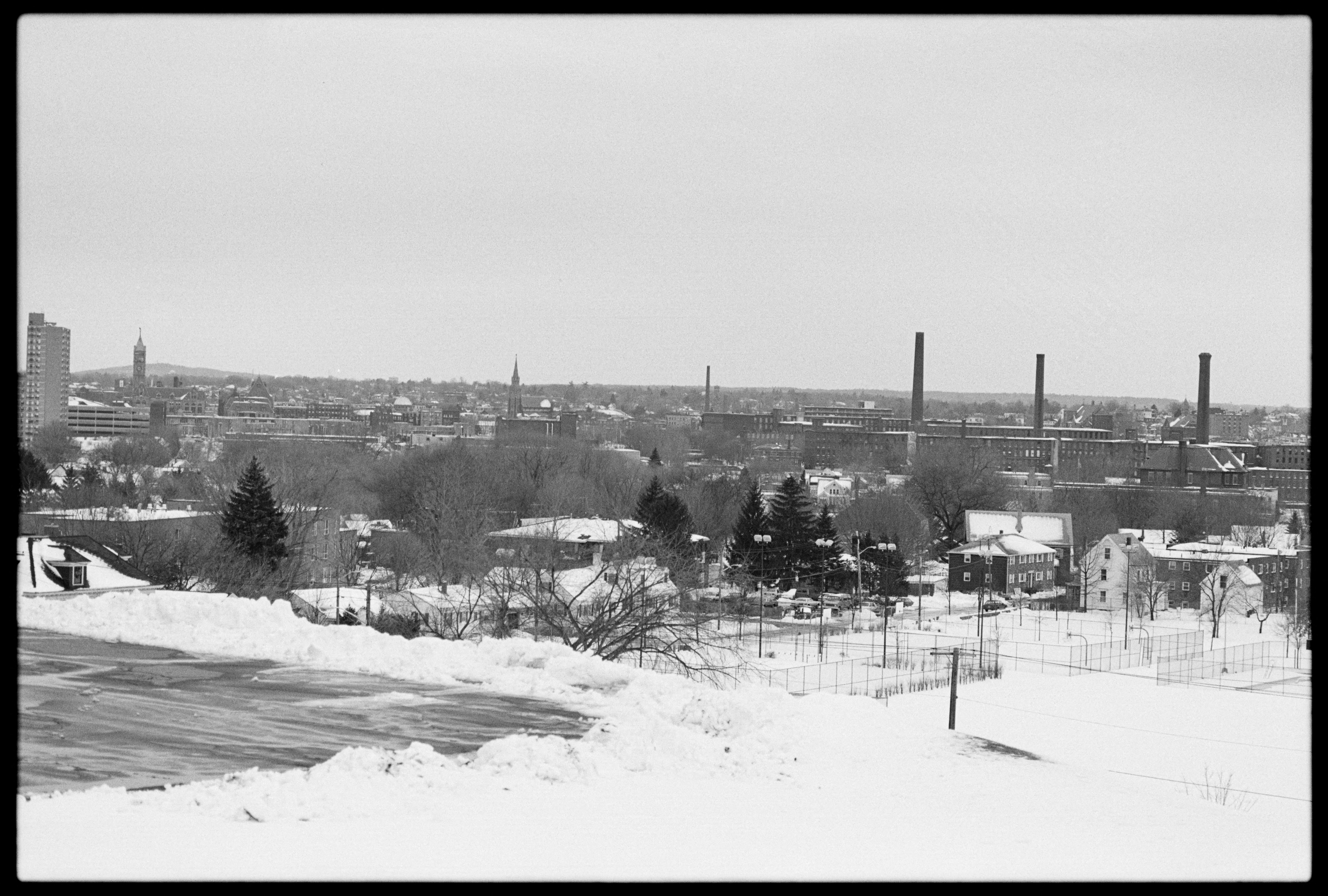 The Canticle of Jack Kerouac (Part 2)
by Lawrence Ferlinghetti

And may still on stormy nights show through
as a phantom after-image
on silent TV screens
a flickered after-image
that will not go away
in Moody Street
in Beaulieu Street
in ‘dirtstreet Sarah Avenue’
in Pawtucketville
And in the Church of St. Jean Baptiste

SOURCE: “The Canticle of Jack Kerouac” from These Are My Rivers: New and Selected Poems (New Directions Publishing Corporation, 1993). Copyright © 1993 by Lawrence Ferlinghetti.

NOTE: Read “The Canticle of Jack Kerouac” in its entirety at poetryfoundation.org.

PHOTO: Lowell, Massachusetts; view of city from top of hill by Robinson School—the view described in the opening passages of The Town and the City by Jack Kerouac. Photo by Douglas DeNatale (1988), courtesy of Library of Congress. 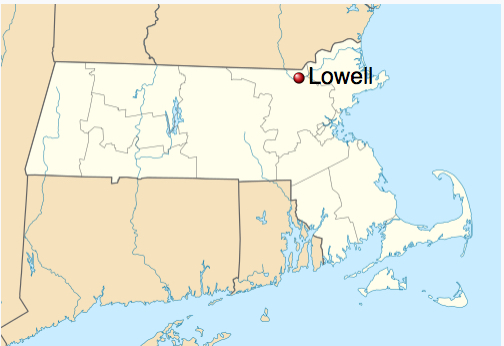 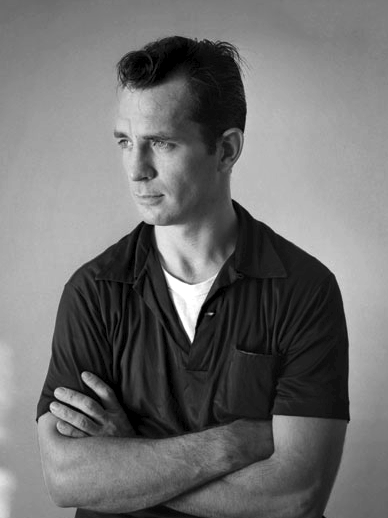 NOTE: Incorporated in 1826, Lowell, Massachusetts, was named after Francis Cabot Lowell, a local figure in the Industrial Revolution. The city became known as the cradle of the American Industrial Revolution, due to a large series of textile mills and factories. Many of the Lowell’s historic manufacturing sites were later preserved by the National Park Service to create Lowell National Historical Park. The city’s most famous son, author Jack Kerouac, was born on March 12, 1922 to French Canadian parents in a house at 9 Lupine Road. From 1922 until 1943, Kerouac’s family lived in Lowell, then a city of about 100,000 people, including 30,000 French-speaking immigrants. Kerouac spoke French exclusively until he was seven years old, when he was enrolled in elementary school.  At age 17, Kerouac received a scholarship to Columbia University in New York City, where he studied for two years before joining the Merchant Marine during WWII. During his 30-year writing career, Lowell served as a backdrop for many of Kerouac’s books. A pioneer of the Beat Movement, Kerouac was prolific author best known for his 1957 novel On the Road. He died in 1969 at age 47.

IMAGE: Map showing the location of Lowell within the State of Massachusetts, a few miles south of the New Hampshire border. 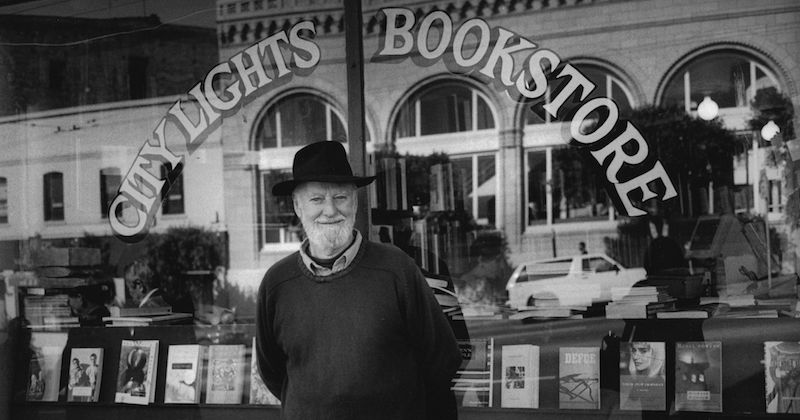 ABOUT THE AUTHOR: Lawrence Ferlinghetti, born March 24, 1919, served in the U.S. Navy during World War II, and subsequently earned an M.A. at Columbia University and a doctorate in literature at the University of Paris, Sorbonne. In 1953, Ferlinghetti co-founded San Francisco’s City Lights Booksellers & Publishing, the original publisher of Allen Ginsberg‘s poem Howl. In 1956, Ferlinghetti was arrested on obscenity charges for publishing Howl; after a lengthy trial, he was acquitted the following year in a landmark First Amendment case. In 1998, Ferlinghetti was named San Francisco’s Poet Laureate. He has been the recipient of many awards, including the Los Angeles Times’ Robert Kirsch Award, the BABRA Award for Lifetime Achievement, the National Book Critics Circle Ivan Sandrof Award for Contribution to American Arts and Letters, the American Civil Liberties Union’s Earl Warren Civil Liberties Award, the Robert Frost Memorial Medal, and the Authors Guild Lifetime Achievement Award. In 2003, he was was elected to the American Academy of Arts and Letters, and in 2005 the National Book Foundation gave him the inaugural Literarian Award for outstanding service to the American literary community. Ferlinghetti’s poetry collections include A Coney Island of the Mind, one of the best-selling books of poems ever published, with over a million copies in print. Ferlinghetti, a long-time friend and colleague of Jack Kerouac, has released many books by or about the author through City Lights Publishing. For nearly 70 years, City Lights Bookstore has served as a literary meeting place for writers, readers, and artists, but struggles to stay afloat during the pandemic—and a GoFundMe campaign has been established to help. On March 24, 2019, Ferlinghetti celebrated his 100th birthday. He resides in San Francisco, California. He has written, “The state of the world calls out for poetry to save it. / If you would be a poet, create works capable of answering the / challenge of apocalyptic times…”