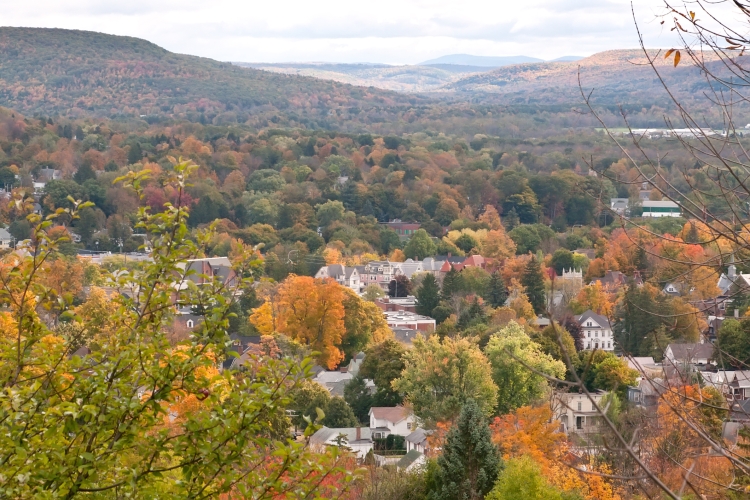 In black wells of
solitude through
silent fixed stars
we search for trains
brightened by Indian names.

NOTE: Oneonta, a city in southern Otsego County, New York, is one of the northernmost cities of the Appalachian Region. The 2010 U.S. Census listed Oneonta’s population at 13,901. Its nickname is “City of the Hills.” While the word “oneonta” is of undetermined origin, it is popularly believed to mean “place of open rocks” in the Mohawk language. This refers to a prominent geological formation known as “Table Rock” at the western end of the city. The city is surrounded by the town of Oneonta, a separate municipal and political jurisdiction. 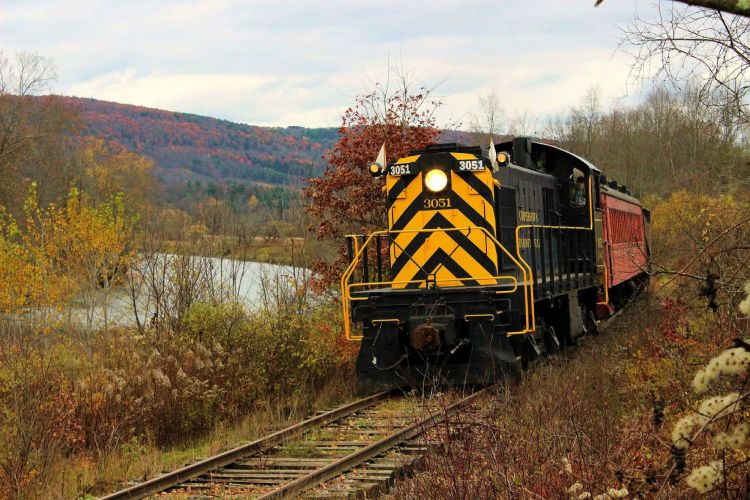 In pre-pandemic days, the Cooperstown and Charlotte Valley Railroad, built in 1869, offered a fall foliage tour in upstate New York. The journey began at Milford Depot in Oneonta, New York, and the 2.5-hour ride took passengers through the Susquehanna River Valley with rolling hills, farm fields, and dazzlingly forests. Here’s hoping the train will be up and running in 2021! 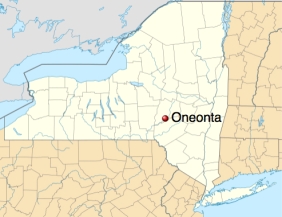 NOTE FROM THE AUTHOR: For a few years, I lived in Oneonta after leaving New York City.  It is a lovely sleepy town.  I moved to another town, Ravena, which is even smaller and quieter. 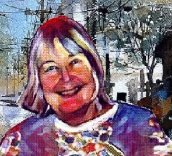 ABOUT THE AUTHOR: Joan McNerney’s poetry is found in many literary magazines, such as Seven Circle Press, Dinner with the Muse, Poet Warriors, Blueline, and Halcyon Days, as well as in four Bright Hills Press anthologies, several editions of the  Poppy Road Review, and numerous Spectrum Publications.  Her latest title, The Muse In Miniature, is available on Amazon.com and Cyberwit.net.  She has four Best of the Net nominations.

One thought on “Poem for Oneonta, New York by Joan McNerney”