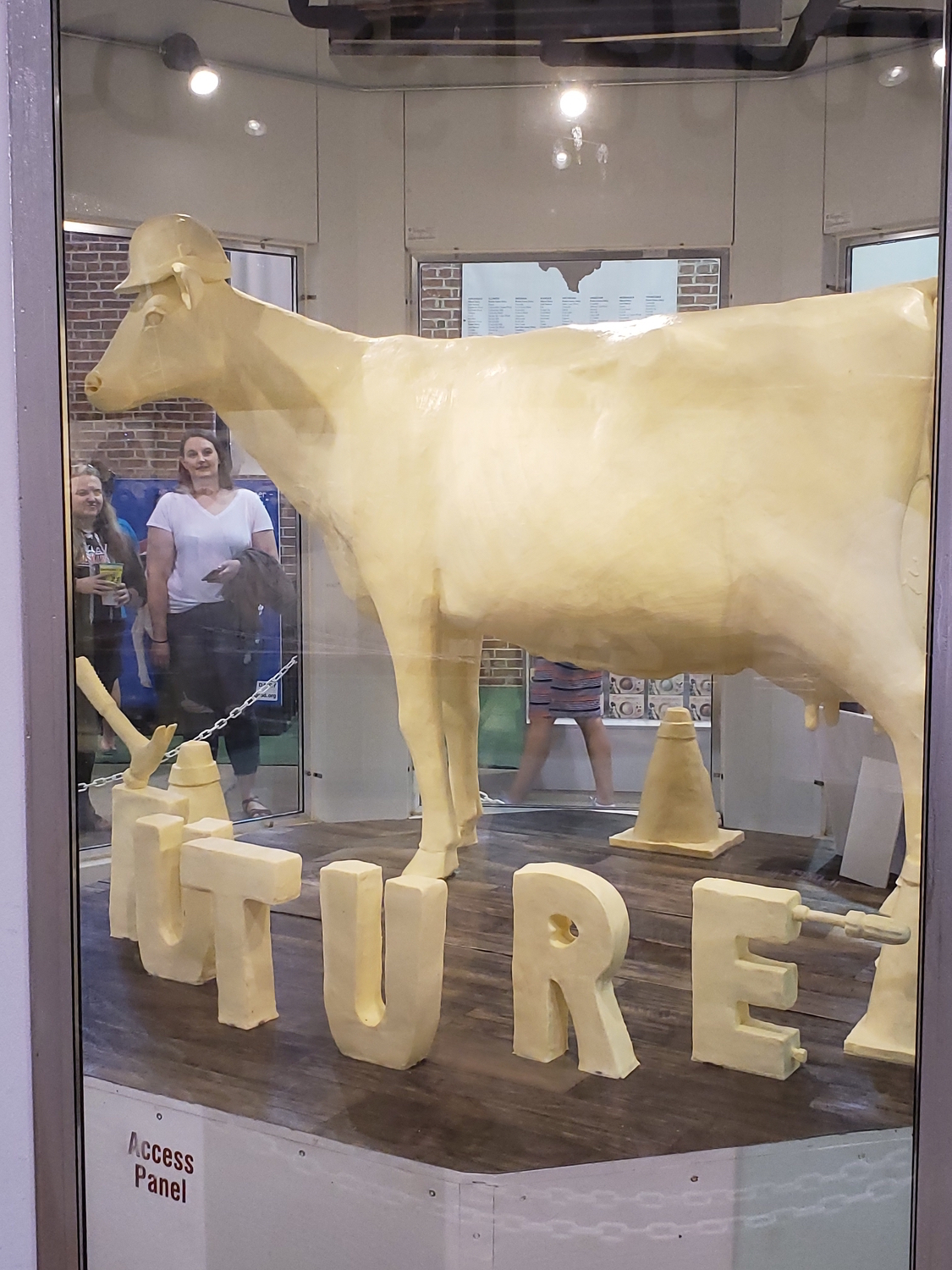 I’ve never seen the land
of milk and honey, but at

the Iowa State Fair I glimpsed
a cow fashioned of butter.

It lived behind a window
in an icy room, beneath klieg lights.

I filed past as one files
past a casket at a wake.

It was that sad: a butter cow
without a butter calf. Nearby I spied

I thought the cow might have liked to ride.
You don’t drive a motorcycle; you ride it.

It had a short life span, the butter cow.
Before it died, I looked

deep into its butter eyes. It saw
my butter soul. I could

have wept, or spread myself,
for nobody, across dry toast.

NOTE: The first butter cow in Iowa was made by sculptor John K. Daniels at the 1911 Iowa State Fair. The exhibit, designed as a way to promote dairy products in the area, was a big hit with fairgoers. Because of its success, the butter sculpture was continued each year, with different sculptors assuming the role. In total, about 500-600 pounds of butter is used. The butter is placed on a wooden-and-wire armature, at first in large amounts to achieve the general shape of the cow, and later in smaller quantities to fine-tune the form. The process takes between two days and a week, depending on the artist. Though the sculptors claim it was never a secret that the butter cow is built on a wooden armature, many people assumed the sculpture was solid, and made entirely from butter, despite the logistical impossibilities.