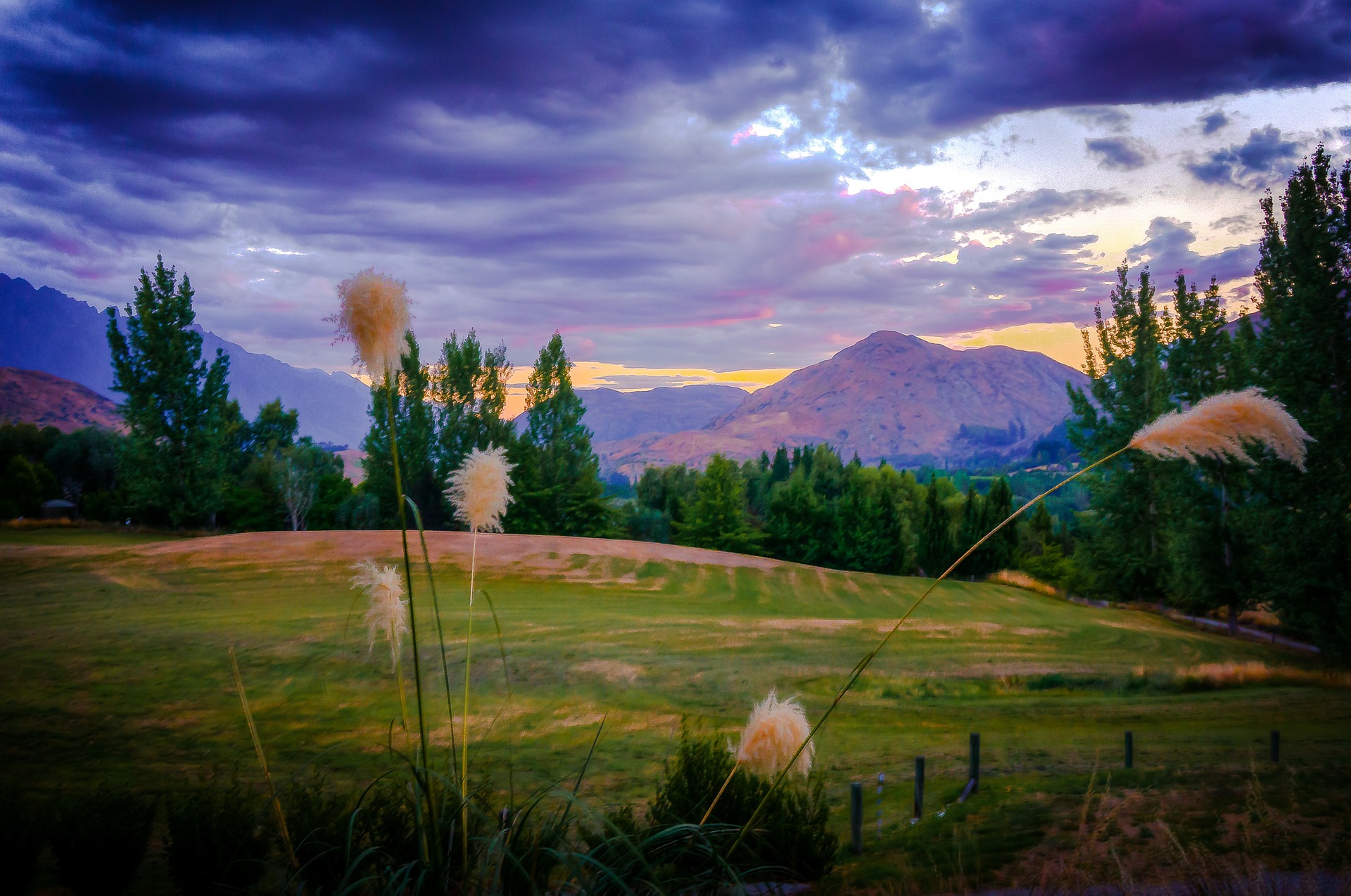 These unshaped islands, on the sawyer’s bench,
Wait for the chisel of the mind,
Green canyons to the south, immense and passive,
Penetrated rarely, seeded only
By the deer-culler’s shot, or else in the north
Tribes of the shark and the octopus,
Mangroves, black hair on a boxer’s hand.

The founding fathers with their guns and bibles,
Botanist, whaler, added bones and names
To the land, to us a bridle
As if the id were a horse: the swampy towns
Like dreamers that struggle to wake,

Longing for the poets’ truth
And the lover’s pride. Something new and old
Explores its own pain, hearing
The rain’s choir on curtains of grey moss
Or fingers of the Tasman pressing
On breasts of hardening sand, as actors
Find their own solitude in mirrors,

As one who has buried his dead,
Able at last to give with an open hand.

NOTE: New Zealand is an island country in the southwestern Pacific Ocean. It consists of two main landmasses—the North Island and the South Island and around 600 smaller islands, covering a total area of 103,500 square miles. It is located about 1,200 miles east of Australia across the Tasman Sea. The country’s varied topography and sharp mountain peaks, including the Southern Alps, owe much to tectonic uplift and volcanic eruptions. Between about 1280 and 1350, Polynesians began to settle in the islands, and developed a distinctive Māori culture. In 1840, representatives of the United Kingdom and Māori chiefs signed the Treaty of Waitangi, which declared British sovereignty over the islands. In 1841, New Zealand became a colony within the British Empire and in 1907 it became a dominion; it gained full statutory independence in 1947 and the British monarch remained the head of state.

ABOUT THE AUTHOR: James Keir Baxter (1926–1972) was one of New Zealand’s most celebrated poets. He was also known as an activist for the preservation of Māori culture. In 1968,  a dream instructed him to go to “Jerusalem.” Persuaded by his vision, Baxter gave up his job to move to a small Māori settlement known as Hiruharama, or “Jerusalem,” on the Whanganui River. For the remaining years of his life, Baxter lived sparsely in the Māori settlement, writing poetry that explored his strong social and political convictions. After his death in 1972, Baxter was buried at Jerusalem on Māori land.