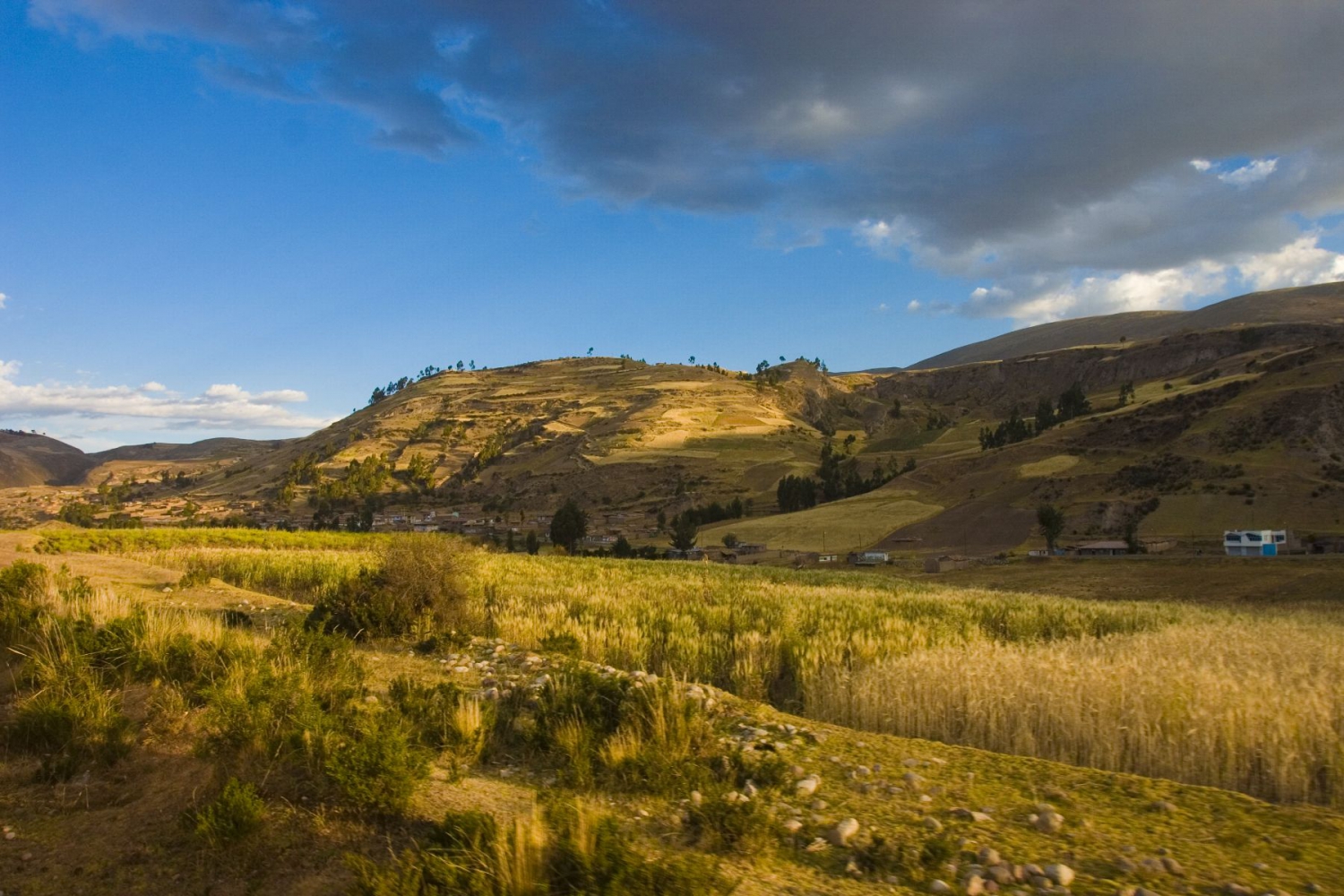 Leoncio wakes me before six
so we can march down to the next town.
I am to drive the Datsun that is kept there in a cousin’s garage.
I have been trying to teach Leoncio
how to drive but it is terrifying.

So many pile onto, lean off, the pickup’s bed
that I can hardly see out the rearview.
On a great knoll overlooking the Jauja Valley
everyone whips out machetes, sets to hacking wheat.
They gather cut stalks, bundle them,
spread them out across hand-woven blankets.

With gestures, they tell me to drive back and forth
over the blankets. That is how they plan to strip
chaff from grain. I tell them it is not clean.
They laugh with the sun in their mouths.

They raise grain, let chaff and seed sift down
in a golden rain, “Limpio, muy limpio.”
To keep the herd at bay, women and children
pluck up dried dung, zing it at cows.
I try to explain microbiology in a language
I can barely use to order lunch. “Limpio,” they sing.

The Datsun jolts back and forth.
At noon we drink cool maté from clay jars.
By sundown we have a harvest spread in bronze pyramids.
On the journey home slumping figures bounce over ruts.
I drop them off. Guided by nothing but starlight,
I manage to squeeze the Datsun back into the garage.

Silent, exhausted, Leoncio and I
trudge back up the side of the mountain
with legs as heavy as stone. 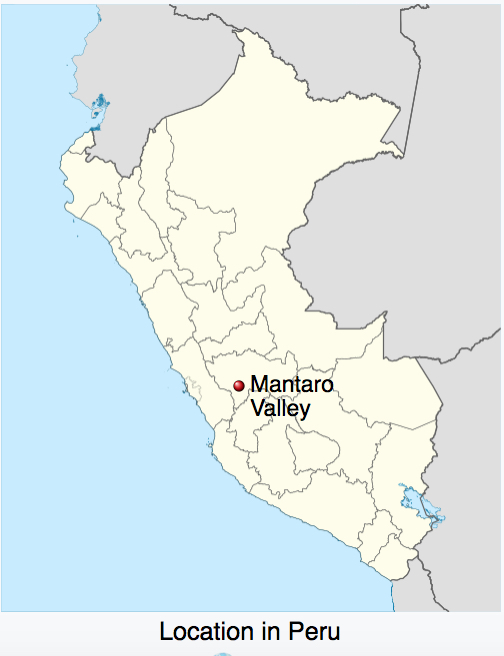 NOTE: The Mantaro Valley, also known as Jauja Valley, is located in the Andes, 120 miles east of Lima, the capital of Peru. The north-south trending valley, which extends for about 37 miles, is situated between the cities of Jauja and Huancayo.The Mantaro River flows through the fertile valley, which produces potatoes, maize, and vegetables among other crops. From Pre-Columbian times, this site has been a breadbasket for the people of the Andes. The valley contains about 160,000 acres of arable land, ranging in elevation from 10,330 feet to 13,800 feet, the highest elevation at which cultivation is possible in the area. The Mantaro Valley also features many archaeological sites. At the northern end of the valley is the city of Jauja, an important pre-Columbian center and Peru’s provisional capital in 1534. 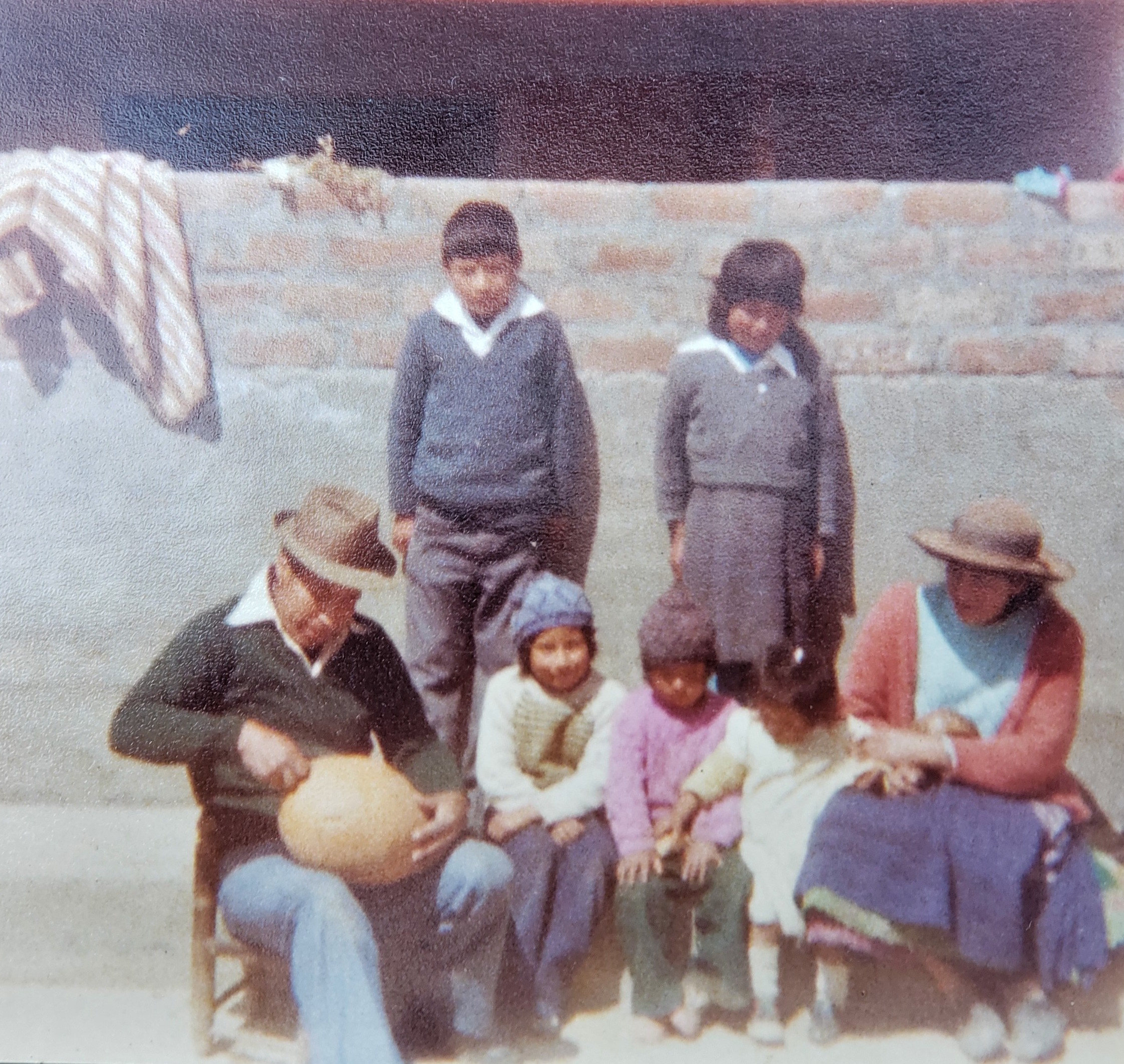 NOTE FROM THE AUTHOR: In 1979, over a period of months, I bussed from Bogota, Columbia, to deep in the Peruvian Andes and back. What I did could not be done again. By the end of that trip, I was who I am now, not just some father’s son. I was lucky enough to stay a month in a small village in a room off the familial quarters of a master carver of gourds, Leoncio Veli. Leoncio and his family are pictured here. His wife is wearing the sort of broad brimmed bowler all women in this region wear. I went back last year. Leoncio is still carving. Leoncio’s wife wears the same hat. Most things change, some do not.

PHOTO: Leoncio Veli, his wife, and children in their Andean village, Peru (1979). Photo by the author.

ABOUT THE AUTHOR: Raised beside creeks and cornfields near Chicago, Ed Ruzicka is an occupational therapist and lives with his wife, Renee, in Baton Rouge, Louisiana. Ed’s many takes on the rocky marriage between freedom and the American highway were just released in his second full-length book My Life in Cars. Ed’s poems have appeared in the Atlanta Review, Rattle, Canary, as well as myriad other literary journals and anthologies. To read more of his work, visit edpoet.com.

5 thoughts on “Threshing by Ed Ruzicka”