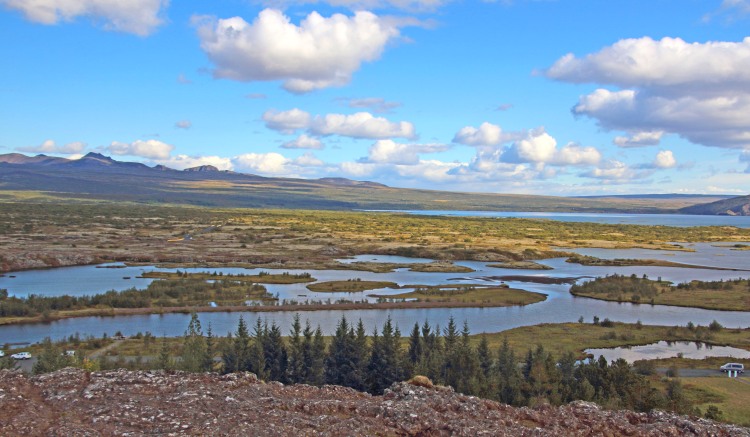 Missing My Father in Iceland
by Robert Coats

We could have hiked together at Ϸingvellir
into the cleft between parting tectonic plates,
you with khaki rucksack and rock hammer
explaining your work on the Aleutian volcanoes,
and how twisted outcrops form
when basalt flows into a subglacial lake.

I could have told you how the settlers’ sheep
ravaged the scraggly birch forests of the Island,
how the sod blankets tore away
in fierce Arctic wind and how
the Independent People shivered and starved
through the Little Ice Age.

Together we would have admired
the ingenuity of the engineers
who capture volcanic heat,
and discussed the terrifying rate
of glacial retreat, the fate
of this land and its people
if the Gulf Stream shuts down.

You would have liked
the alpine fells and moors of Vatnajökull
the gray-green moss-draped lava flows
at Leirvogsvatn, the steep cliffs
of Borgarfjörður in the wind,
always the wind.

AUTHOR’S PHOTO CAPTION: Ϸingvellir National Park, Iceland, a site of great historical and scientific interest. The first European Parliament was convened here in the year 930, and here a rift—large enough to walk through— is opening between the North American and Eurasian tectonic plates. Photo by author.

NOTE FROM THE AUTHOR: In recent years, Iceland has become a very popular destination for tourists from North America and Europe.  Many were introduced to the struggle of Iceland’s people during the poverty of the 1930s by reading Haldor Laxness’s Nobel Prize-winning novel Independent People. 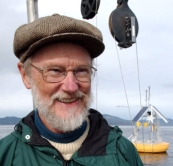 ABOUT THE AUTHOR: Robert Coats  has been writing poetry for more than 40 years. His poems have appeared on the Canary Website, in Orion, Zone 3, Windfall, Song of the San Joaquin, in two anthologies (Fresh Water: Poems from the Rivers, Lakes and Streams and Fire and Rain: Ecopoetry of California, and in his book The Harsh Green World, published by Sugartown Publishing.  He is a Research Associate with the University of California Davis Tahoe Environmental Research Center.

One thought on “Missing My Father in Iceland by Robert Coats”