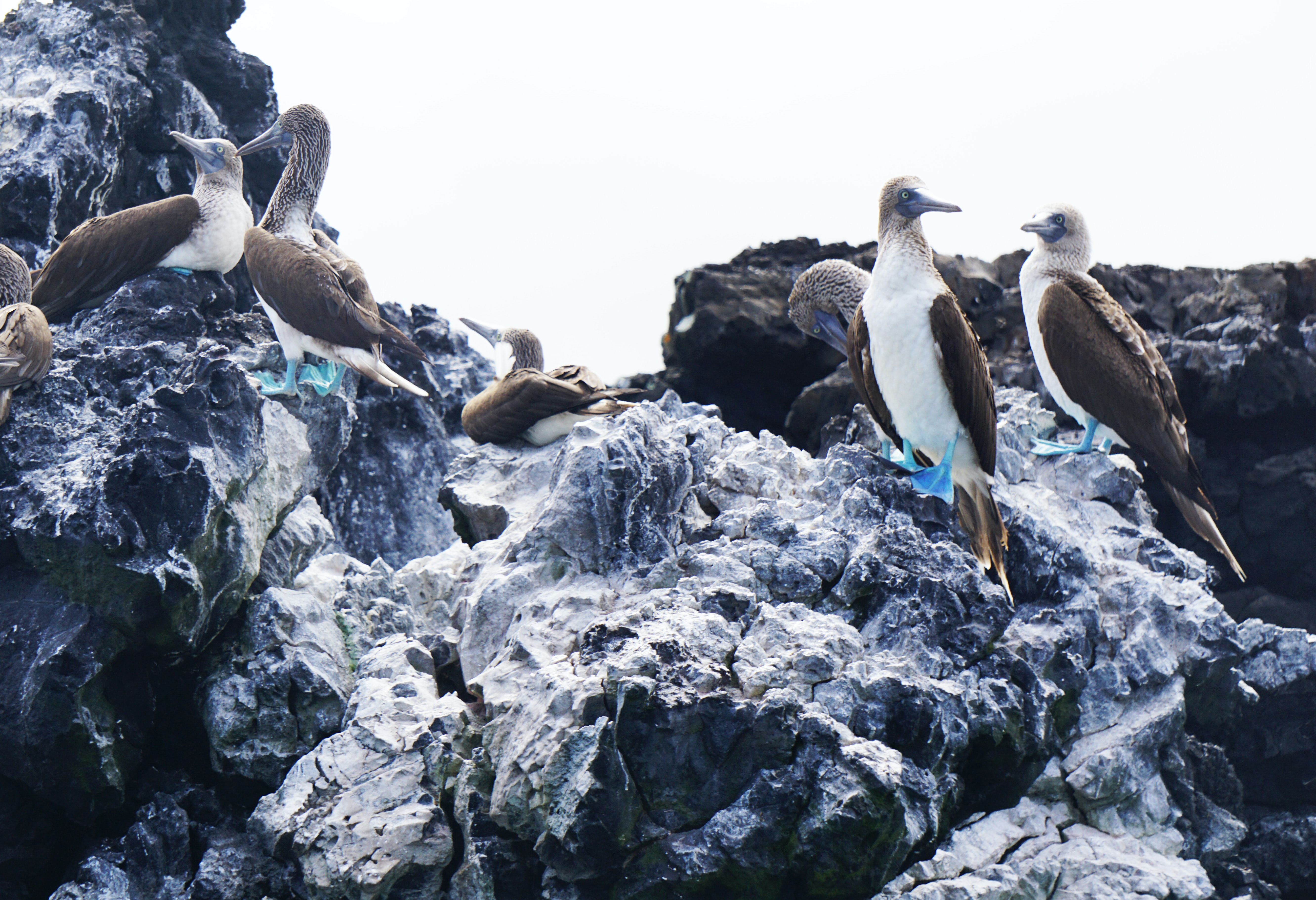 The Blue Booby
by James Tate

The blue booby lives
on the bare rocks
of Galápagos
and fears nothing.
It is a simple life:
they live on fish,
and there are few predators.
Also, the males do not
make fools of themselves
chasing after the young
ladies. Rather,
they gather the blue
objects of the world
and construct from them

a nest—an occasional
Gaulois package,
a string of beads,
a piece of cloth from
a sailor’s suit. This
replaces the need for
dazzling plumage;
in fact, in the past
fifty million years
the male has grown
considerably duller,
nor can he sing well.
The female, though,

asks little of him—
the blue satisfies her
completely, has
a magical effect
on her. When she returns
from her day of
gossip and shopping,
she sees he has found her
a new shred of blue foil:
for this she rewards him
with her dark body,
the stars turn slowly
in the blue foil beside them
like the eyes of a mild savior. 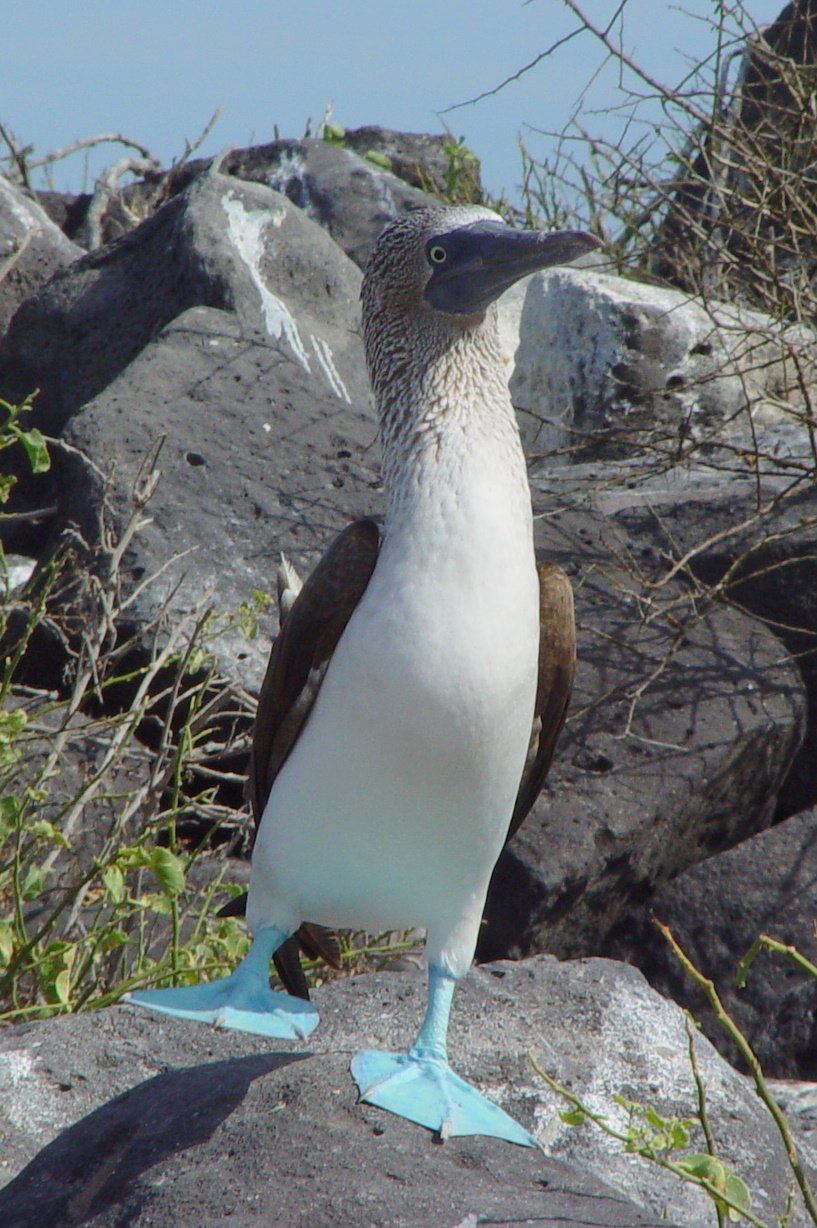 NOTE: The blue-footed booby is a marine bird native to subtropical and tropical regions of the eastern Pacific Ocean–recognizable by their distinctive bright blue feet. Males display their feet in an elaborate mating ritual by lifting them up and down while strutting before the female.  About half of all breeding pairs nest on the Galápagos Islands.

PHOTO: Blue-footed booby with one foot raised during his mating dance. Photo by Pete, used by permission.

ABOUT THE AUTHOR: James Tate (1943-2015) was the author of over 20 poetry collections, including the posthumously published The Government Lake (2018); The Ghost Soldiers (2008); Worshipful Company of Fletchers (1994), which won the National Book Award; Selected Poems (1991), which won the Pulitzer Prize and the William Carlos Williams Award; Distance from Loved Ones (1990); Constant Defender (1983); Viper Jazz (1976); and The Oblivion Ha-Ha (1970). Tate’s poems have been described as tragic, comic, absurdist, ironic, hopeful, haunting, lonely, and surreal. Tate said of his own poems in a Paris Review interview, “There is nothing better than [to move the reader deeply]. I love my funny poems, but I’d rather break your heart. And if I can do both in the same poem, that’s the best. If you laughed earlier in the poem, and I bring you close to tears in the end, that’s the best.” Tate’s honors included an Academy of American Poets chancellorship, a National Institute of Arts and Letters Award for Poetry, the Wallace Stevens Award, the Tanning Prize, and fellowships from the Guggenheim Foundation and the National Endowment for the Arts. He taught the University of California at Berkeley, Columbia University, Emerson College, and for five decades, at the University of Massachusetts in Amherst.