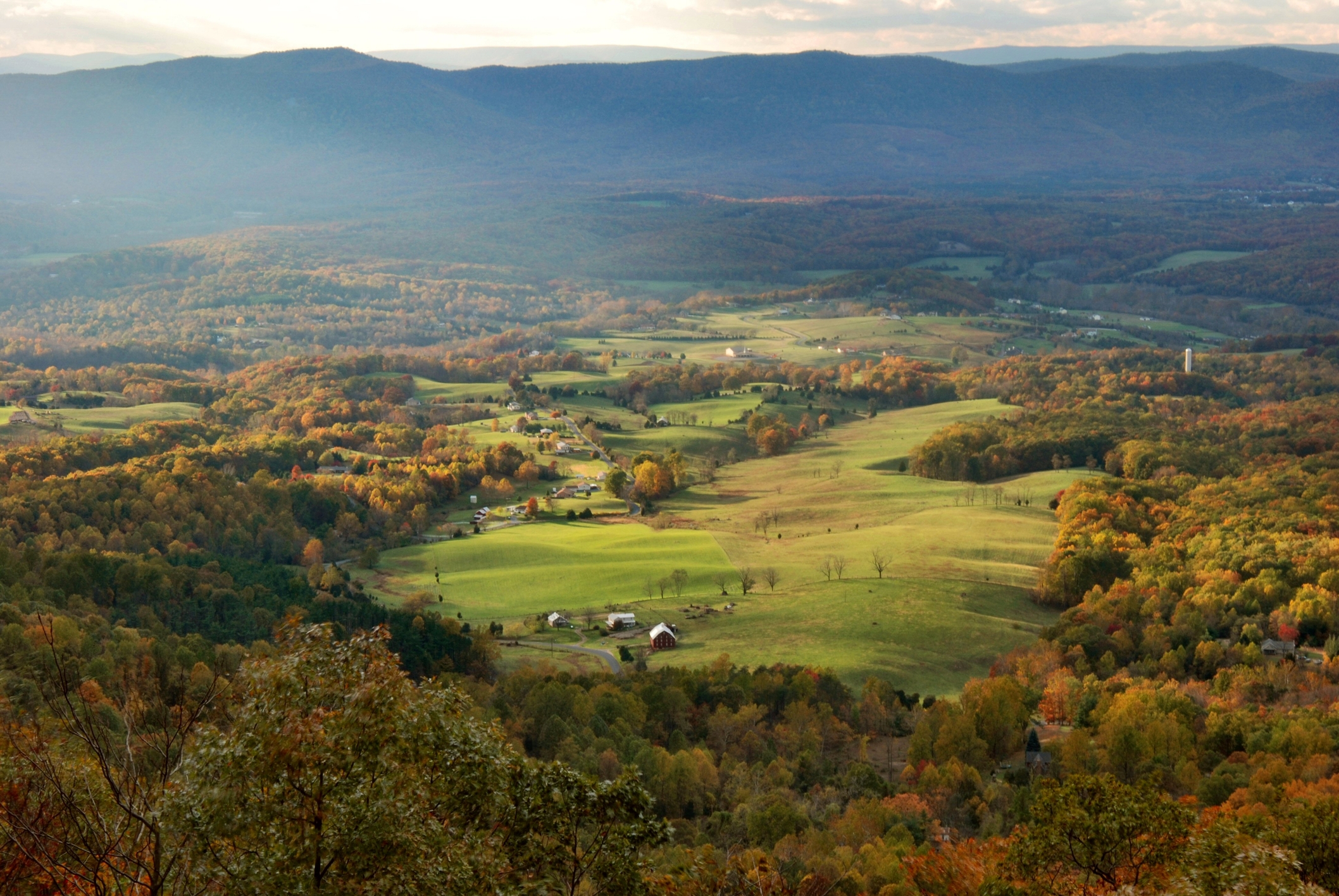 Off A Side Road Near Staunton
by Stanley Plumly

Some nothing afternoon, no one anywhere,
an early autumn stillness in the air,
the kind of empty day you fill by taking in
the full size of the valley and its layers leading
slowly to the Blue Ridge, the quality of country,
if you stand here long enough, you could stay
for, step into, the way a landscape, even on a wall,
pulls you in, one field at a time, pasture and fall
meadow, high above the harvest, perfect
to the tree line, then spirit clouds and intermittent
sunlit smoky rain riding the tops of the mountains,
though you could walk until it’s dark and not reach those rains—
you could walk the rest of the day into the picture
and not know why, at any given moment, you’re there.

Reprinted from Old Heart, by Stanley Plumly (W.W. Norton & Company, Inc.).  Copyright ©2007 by Stanley Plumly.  The collection won the Los Angeles Times Book Prize and the Paterson Poetry Prize, and was a finalist for the National Book Award.

NOTE: Named for the river that stretches much of its length, the Shenandoah Valley encompasses eight counties in Virginia and two counties in West Virginia. The most popular belief is that the name comes from a Native American expression for “Beautiful Daughter of the Stars.” The valley is bounded to the east by the Blue Ridge Mountains, to the west by the eastern front of the Ridge-and-Valley Appalachians, to the north by the Potomac River,and to the south by the James River. 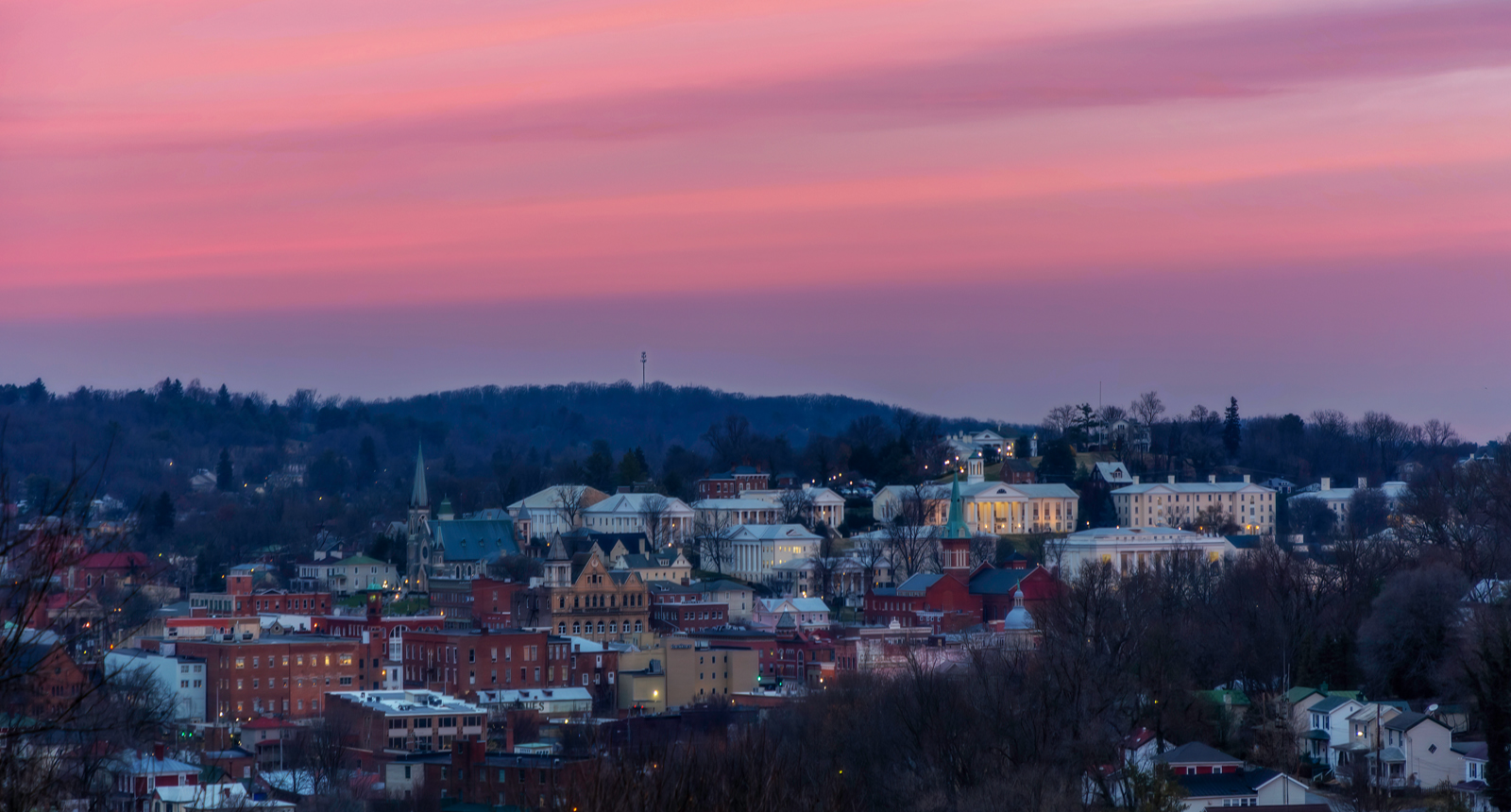 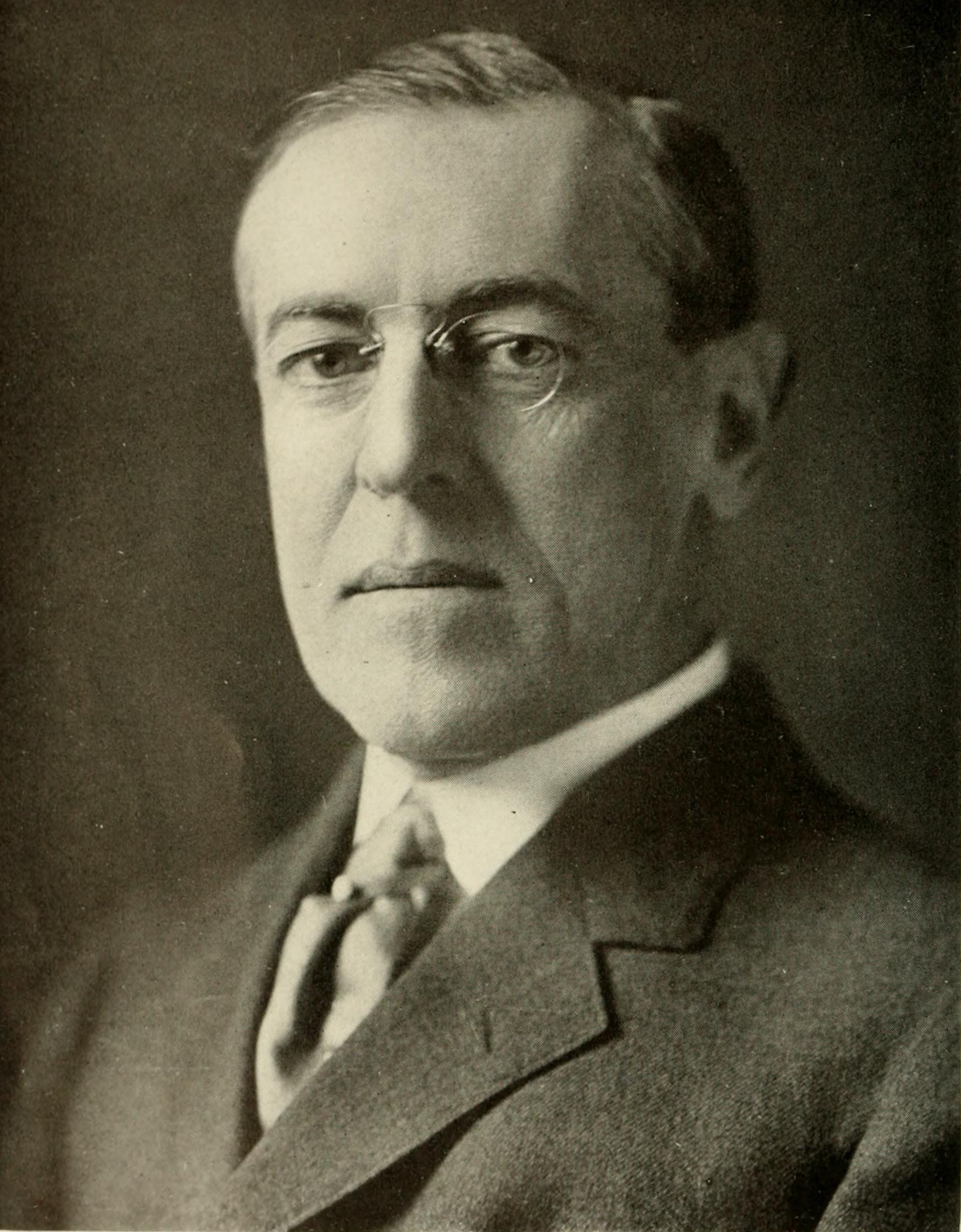 NOTE: Staunton is a city in the Commonwealth of Virginia located about 15 miles southwest of Shenandoah National Park. As of the 2010 census, the population was 23,746. Staunton is best known as the birthplace of Woodrow Wilson, the 28th President of the United States who served from 1913-1921.  A member of the Democratic Party, Wilson served as the president of Princeton University and as the 34th governor of New Jersey before winning the 1912 presidential election. As U.S. President, he oversaw the passage of progressive legislative policies unparalleled until the New Deal in 1933. Following the end of WWI in 1919, he was the leading architect of the League of Nations, an international organization established to maintain world peace.

ABOUT THE AUTHOR: Stanley Plumly was born in Barnesville, Ohio, and grew up in the lumber and farming regions of Virginia and Ohio. He earned a BA at Wilmington College and a PhD at Ohio University. His numerous collections of poetry include In the Outer Dark (1970), winner of the Delmore Schwartz Memorial Award, and Out-of-the-Body Travel (1978), nominated for the National Book Critics Circle Award. Other collections include Summer Celestial (1983), Boy on the Step (1989), The Marriage in the Trees (1997), and Now That My Father Lies Down Beside Me: New and Selected Poems 1970-2000 (2000), Against Sunset (2017), and the posthumous Middle Distance (2020). His collection, Orphan Hours (2013), confronted his cancer diagnosis as well as the possibilities of mortality, including the creative potential of memory.  Plumly’s honors and awards include fellowships from the Guggenheim Foundation, the Rockefeller Foundation, the Ingram-Merrill Foundation, and the National Endowment for the Arts. A member of the American Academy of Arts and Sciences, he taught at the University of Iowa and at the Bread Loaf Writers’ Conference. In 1985, he joined the faculty at the University of Maryland, where he founded the graduate program in creative writing, which he led until shortly before his death in 2019 at age 79.  He served as Maryland’s poet laureate from 2009-2018.