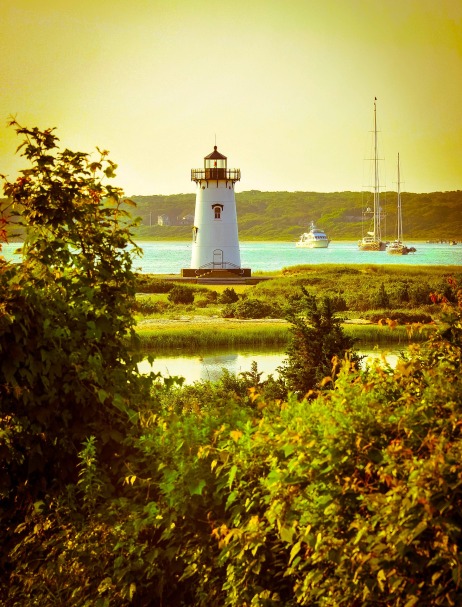 Hearing waves from a distance and
feeling sea breezes brush our faces,
it seemed a century before we
came to the ocean.

So blue and bright to our eyes
its rhythm broke chains of
unremarkable days.

Over cool sand we ran and you picked
three perfect shells which fit
inside each other. Swimming away in
that moving expanse below kiss
of fine spray and splashes.

With clouds cumulus we drifted while
gulls circled the island. Together we
discovered beds of morning glories
climbing soft dunes.

NOTE: Cape Cod is a peninsula extending into the Atlantic Ocean from the southeastern corner of mainland Massachusetts. It extends 65 miles into the Atlantic Ocean, with a breadth of 1-20 miles. The Elizabeth Islands are located to the southwest, and the islands of Martha’s Vineyard and Nantucket lie to the south. The Cape Cod Canal, 17.5 miles long, cuts across the base of the peninsula, separating it from the mainland.

NOTE FROM THE AUTHOR: My husband was also a great swimmer. How we loved to go to the Cape on a long weekend when we lived in Boston.

ABOUT THE AUTHOR: Joan McNerney’s poetry is found in many literary magazines, such as Seven Circle Press, Dinner with the Muse, Poet Warriors, Blueline, and Halcyon Days, as well as in four Bright Hills Press anthologies, several editions of the  Poppy Road Review, and numerous Spectrum Publications.  Her latest title, The Muse In Miniature, is available on Amazon.com and Cyberwit.net.  She has four Best of the Net nominations.