An ageless ornament adorns the
hand of flow

As both silently envy the free,
determine and playful babble
of water that moves below them.
A meek ripple bashful in sound
and bold in its colorful history. 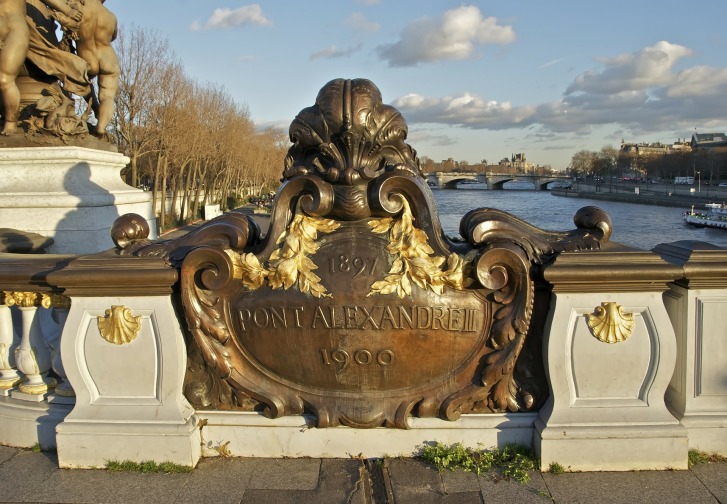 NOTE: The Pont Alexandre III is a deck arch bridge that spans the River Seine in Paris, France. The Beaux-Arts style bridge, with its Art Nouveau lamps, cherubs, nymphs and winged horses at either end, was built between 1896 and 1900. It is named after Tsar Alexander III, who had concluded the Franco-Russian Alliance in 1892. His son Nicholas II laid the foundation stone in October 1896. Designed by architects Joseph Cassien-Bernard and Gaston Cousin, it was inaugurated in 1900 for the Exposition Universelle (universal exhibition) World’s Fair.

ABOUT THE AUTHOR: Beverly M. Collins is the author of Quiet Observations: Diary thought, Whimsy and Rhyme and Mud in Magic. Her work has also appeared in California Quarterly, Poetry Speaks! A year of Great Poems and Poets, The Hidden and The Divine Female Voices in Ireland, The Journal of Modern Poetry, Spectrum, The Altadena Poetry Review, Lummox, The Galway Review (Ireland), Verse of Silence (New Delhi), Merak Magazine (London), Scarlet Leaf Review (Canada), The Wild Word Magazine (Berlin), Indigomania (Australia) and many others.  She is the winner of a 2019 Naji Naaman Literary Prize in Creativity (from Lebanon). Collins is also a prize winner for the California State Poetry Society and has been twice nominated for the Pushcart Prize, once for Independent Best American Poetry and short-listed for the 2018 Pangolin Review Poetry Prize (Mauritius).