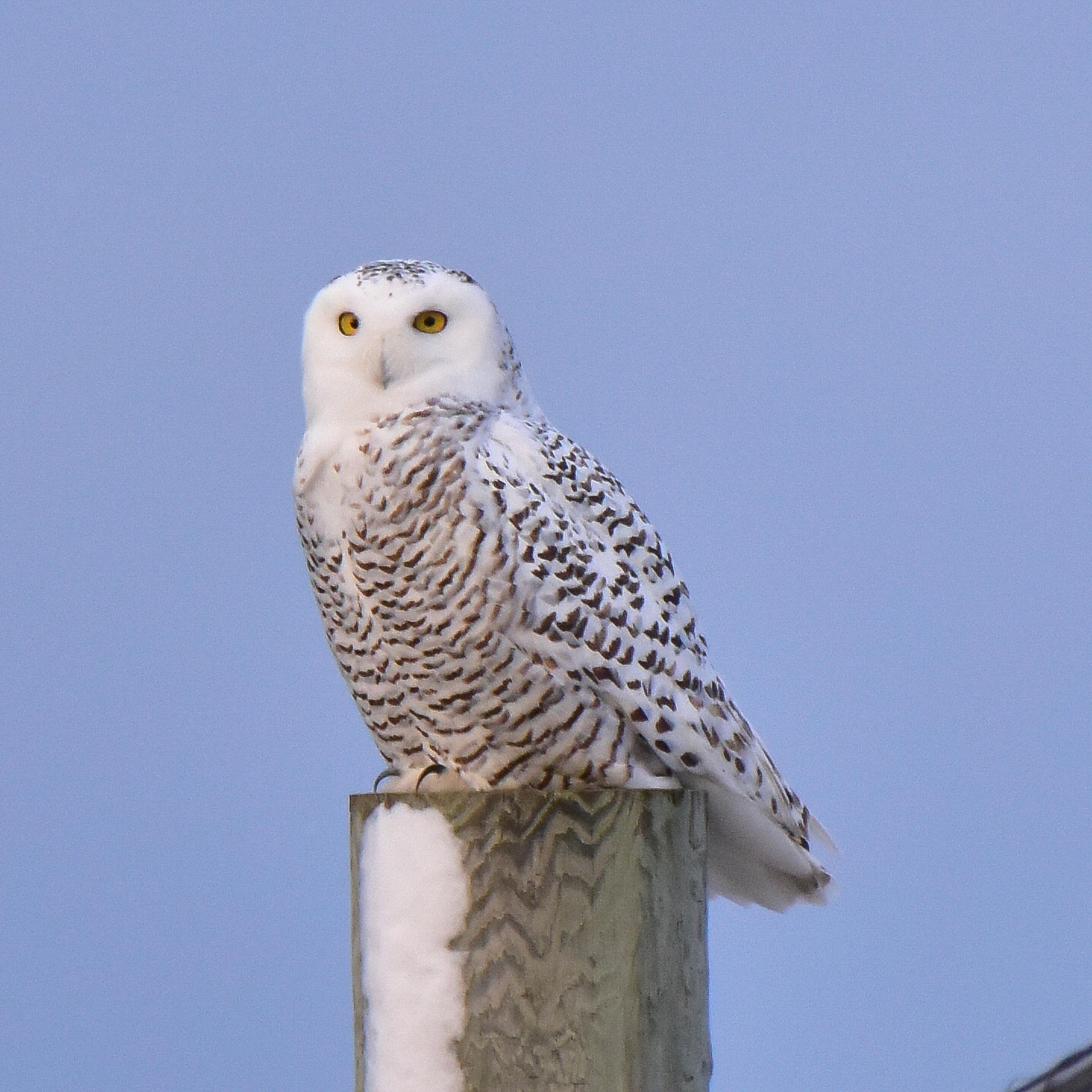 A castaway blown south from the arctic tundra
sits on a stump in an abandoned farmer’s field.
Beyond the dunes cattails toss and bend as snappy
as the surf, rushing and crashing down the jetty.

His head a swivel of round glances,
his eyes a deeper yellow than the winter sun,
he wonders if the spot two hundred feet away
is a mouse on the crawl from mud hole
to deer-grass patch.

An hour of wind and sleet whips the air,
nothing darts or passes but the river underground.
A North Pole creature shows us how to last.
The wind ruffles his feathers from crown to claw

while he gazes into zeroes the salt-slick rain.
As a double-rainbow before us arcs
sky and owl, we leave him surrendering
to the echo of his white refrain.

NOTE: The snowy owl is a large, white owl native to the Arctic regions of both North America and the Palearctic. A migratory bird, snowy owls often wander close to the Arctic region. Global population was once estimated at over 200,000, but recent data suggests a population of fewer than 100,000. Numerous, complex environmental factors associated with global warming are likely responsible for the decline. Learn more about the snowy owl and how you can help at projectsnowstorm.org.