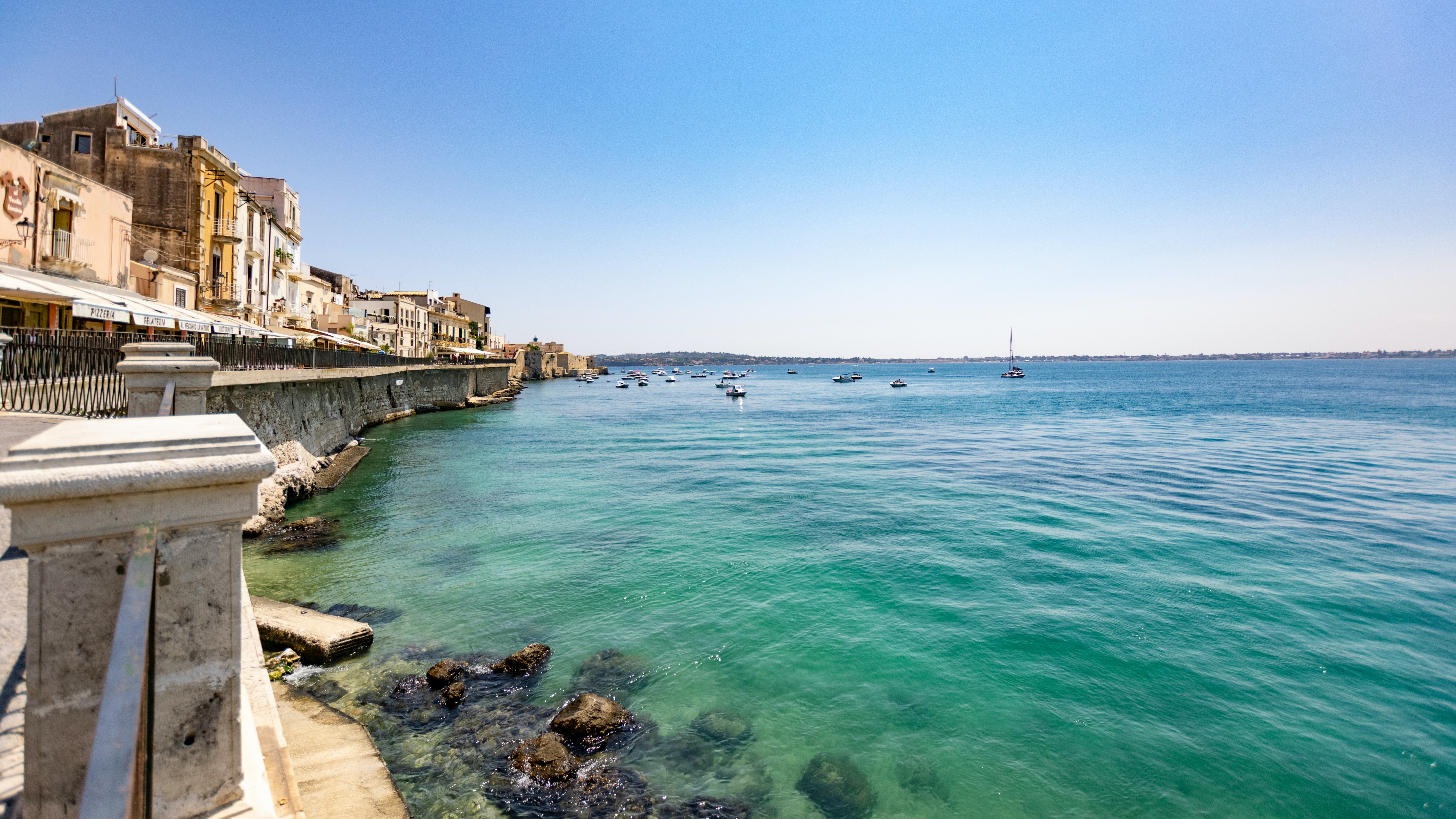 Seated at art-glass tables
by the muted tug of sea…
lights across the bay
and the feeling of centuries
preceding us.
Battered bases to the buildings
some as old as Grecian conquest.
Rough cobbled stones
and the evening stroll of families.
Wine in our glasses slowly sipped.

NOTE: The Fountain of Arethusa is a natural fountain in the the city of Syracuse in Sicily. According to Greek mythology, the fresh water fountain is the place where the nymph Arethusa, the patron figure of ancient Syracuse, returned to earth’s surface after escaping from her undersea home in Arcadia. Syracuse, a historic city on the island of Sicily, is notable for its Greek and Roman history, culture, amphitheaters, and architecture. The 2,700-year-old city played a key role in ancient times, when it was one of the major powers of the Mediterranean world. Syracuse is located in the southeast corner of the island of Sicily, next to the Gulf of Syracuse beside the Ionian Sea.

ABOUT THE AUTHOR: Frances Daggar Roberts is an Australian poet who grew up in a remote area, where she began to write poetry to capture the love she felt for plants, animals, and landscape. She now lives in a bushland setting close to Sydney and works as a psychologist treating significant anxiety and depression.