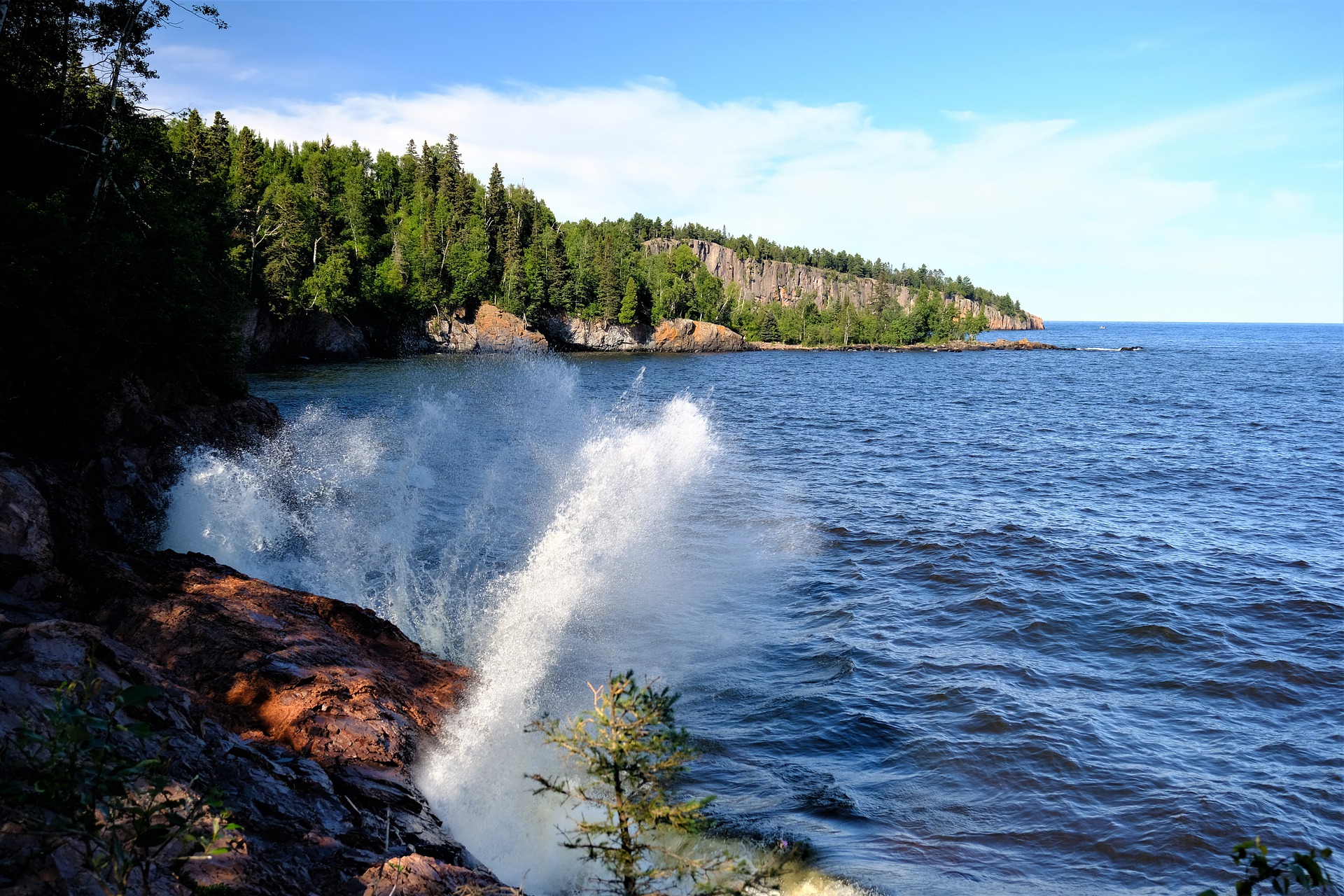 Along Lake Michigan
by Brad Leithauser

The road abruptly changed to dirt,
Thinned until grasses brushed
The car on both sides, and then
Ended in a loop before the marsh.
We hiked along an arm of land held
Firm by cedars, the lake breaking
Like an ocean on one side,
The rippling, flooded wetlands wide
As a lake on the other.
You found a broad white feather
That could perhaps have been
Converted into a serviceable pen;
We searched for precious stones.
Ahead, brown and white shorebirds,
Probably sandpipers, fled from us
Calling with small chipped voices;
So quick, their matchstick legs
Blurred, like hummingbird wings;
And when they finally stopped,
Their low bodies faded wholly
Into the brown and white rocks.
Later, where the cedars clung
Tight against the lake and crowded out
Our path, we turned toward the marsh,
And some rummaging ducks
Scooted raucously away from us,
Wings striking water repeatedly—
Like a stone sent skipping across—
Before they broke with sudden grace
Into the air. We could hear
Waves falling as we wandered
Through woods that held no breeze,
To a small, harsh clearing where
Three or four fallen trees
Crossed in a tangle. We paused there,
In the sun, and something scary slid
As if across the surface of my eye:
Snakes! Among the logs, we began
To pick them out: fat overlapping coils
Lolling in the light, skin
The color of sticks; they were hard
To detect, except when in movement.

Along the lake, where a path had slowly
Collapsed the few feet down
To the shore, up-ending little trees until
Their branches tilted into the water,
We found the body of a doe.
The place was quiet, a pond-sized cove
Where the low waves broke slowly,
Lapping up against the body.
Sand had slipped around the legs,
Blanketing the hard hooves,
But trunk and face lay bare, soft,
The tongue limp and gray beneath
Tiny crooked teeth. A wet eyelash, left
Over an eye picked clean to the bone,
Seemed a tawdry, artificial touch.
I looked for bullets, but found no holes,
Blood, nothing. The massive body lay
Fetid and undisturbed, like a mariner’s
Daydream beached up in a storm:
A strange tawny sea-creature . . .
I fanned away the flies that speckled
The blond flank, and we saw them hover,
Land, and then resume their tracking.
We held hands, kneeling beside the body
As if we could impart a gift
Of movement: possible here, on a day
When we’d seen sticks slither
And stones take flight, for this
Animal to rise at our whispering and shake
Sleep from its sandy coat. We watched
The clear waves curl, then break
Against the chest like a heartbeat.