His wife sits opposite
in the gazebo, admired
by everyday men like myself
brushing fingers across her smooth
chest, testing the finely
carved pearls that appear
so real. I can imagine
him stepping off to the side
to kiss her small mouth,
when he, she and the sculptor
walked along the newly planted
paths, discussing plans
for importing trees from the Orient.

As if he lived his life
in the time it takes
to wander across the main
walkway on these slate slabs
which were probably laid
on a day just like this
with the sun
sparkling off Lake Como. 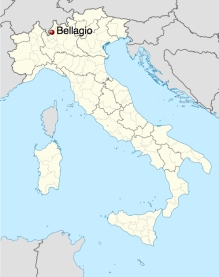 NOTE FROM THE AUTHOR: “Giardini di Villa Melzi” was written during a trip to Northern Italy’s lake district. I visited a large house with lovely gardens that had become a tourist destination. Out front were stone busts of Mr. and Mrs. Melzi, who had owned the house in the early nineteenth century. About a hundred yards away, inside a small chapel, were stone carvings of the couple laid out in their coffins. I was stunned by that quick passage of time from them being young and beautiful to becoming old and dead. This was a difficult poem because I wanted to tell the whole story about the young couple’s busts compared to statues of them after they had died. Yet I found that I could not capture the passage of time writing about both places. I remembered Aristotle’s continuities, and how one was about remaining in one place. In the end, I whittled the poem down to the one scene of the couple’s young busts, and attempted to capture the passage of time in that one place.

PHOTO: The author on the grounds of the Giardini di Villa Melzi, although not in front of the statues he writes about.

IMAGE: Map of Italy showing the location of Bellagio near the border of Switzerland. 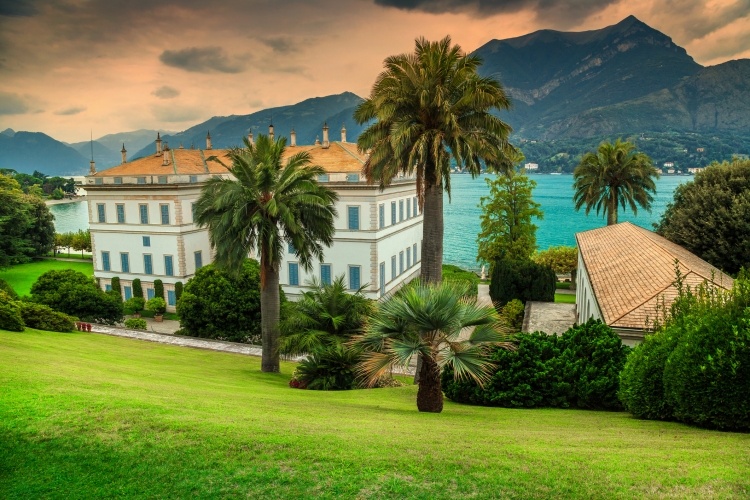 NOTE: Villa Melzi d’Eril was built in Bellagio, Italy, by Francesco Melzi d’Eril, Duke of Lodi, vice president of the First Italian Republic and personal friend of Napoleon, who wanted a summer residence as elegant as the Villa Reale in Monza and other villas on Lake Como. The project was entrusted to architect Giocondo Albertolli, with construction from 1808 to 1810, while the park was the work of Luigi Canonica and agronomist Luigi Villoresi, creators of the Park of Monza.

NOTE: Bellagio is a municipality situated on the land mass that divides Lake Como. The city center occupies the tip of the promontory, while other districts are scattered along the lake shores and up the slopes of the hills. Along the banks are many old patrician houses, each surrounded by parks and gardens. Some, like Villa Serbelloni and Villa Melzi d’Esti, are open to the public.

PHOTO: Bellagio, Italy., on Lake Como with the Alps in the background. Photo by Tomas Novatny, used by permission.

ABOUT THE AUTHOR: David Del Bourgo has published over a hundred poems in literary journals such as Epos, California Quarterly, and The Tiferet Journal. His work has also been  featured in anthologies, including Sephardic Voices, The Literature of Work, and Three Los Angeles Poets, a Spanish translation of American poetry. Two books of his poetry have been published through small presses.  Elie Weisel wrote the cover note for one of those books. He is also a member of Squaw Writers. He lives with his wife in Los Angeles, where he is presently working on a novel about the feminine divine.