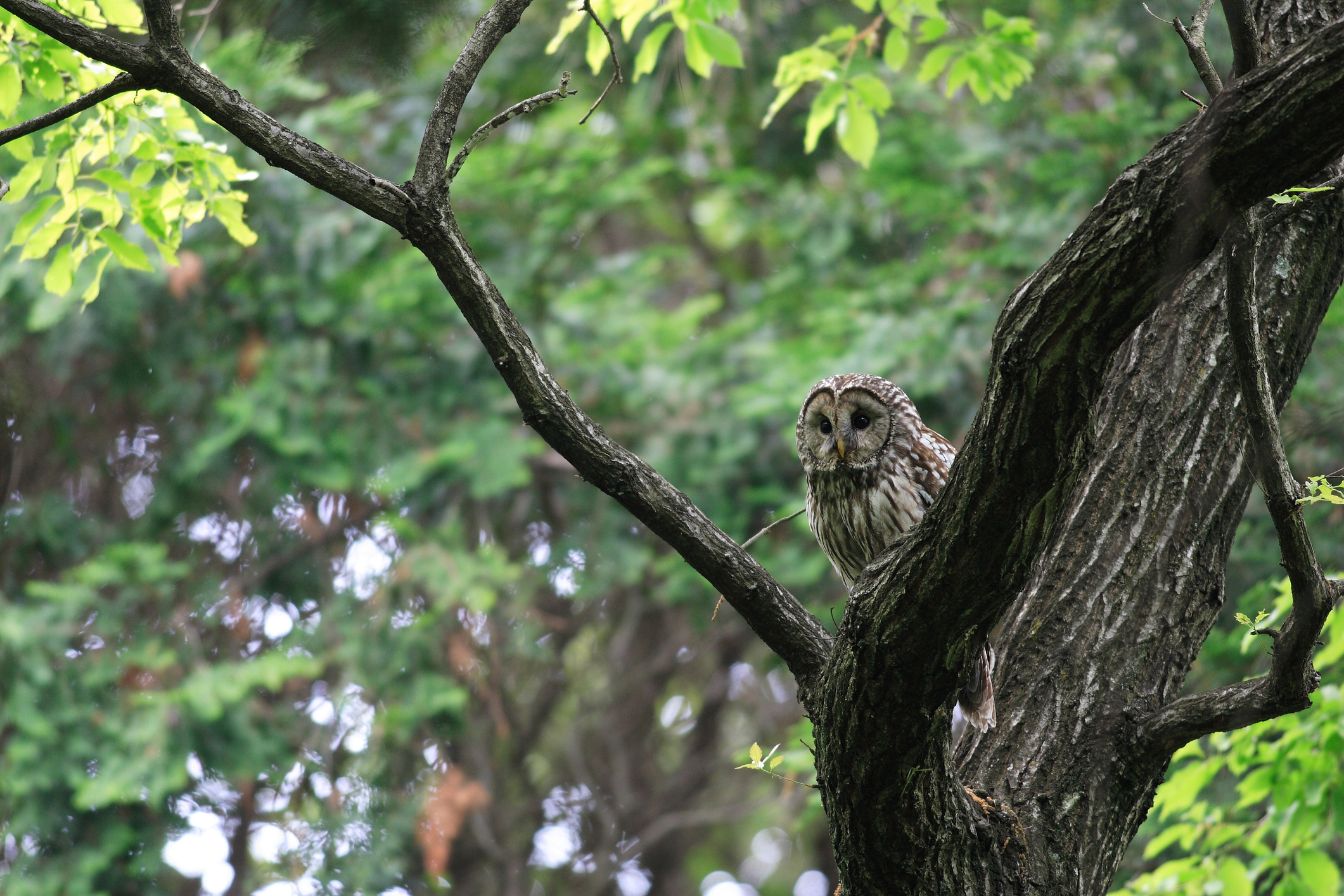 Between the bent boughs
of the splayed sumac the silver
owl rests his head.

The perimeter
left by your absence is long
to walk in one day.

NOTE: The Ural owl is a fairly large nocturnal owl. Both its common name and scientific name refer to the Ural Mountains of Russia, but this species has a broad distribution that extends as far west as Scandinavia, eastern Europe, and central Europe to as far east as Sakhalin and throughout Japan. The Japanese name for owl, Fukuro, can be written in different sets of characters: One set means luck and the another means protection from hardship. Owls have become popular as engimono (Japanese for lucky charms), and an enormous variety of owl merchandise and souvenirs can be found in modern Japan.