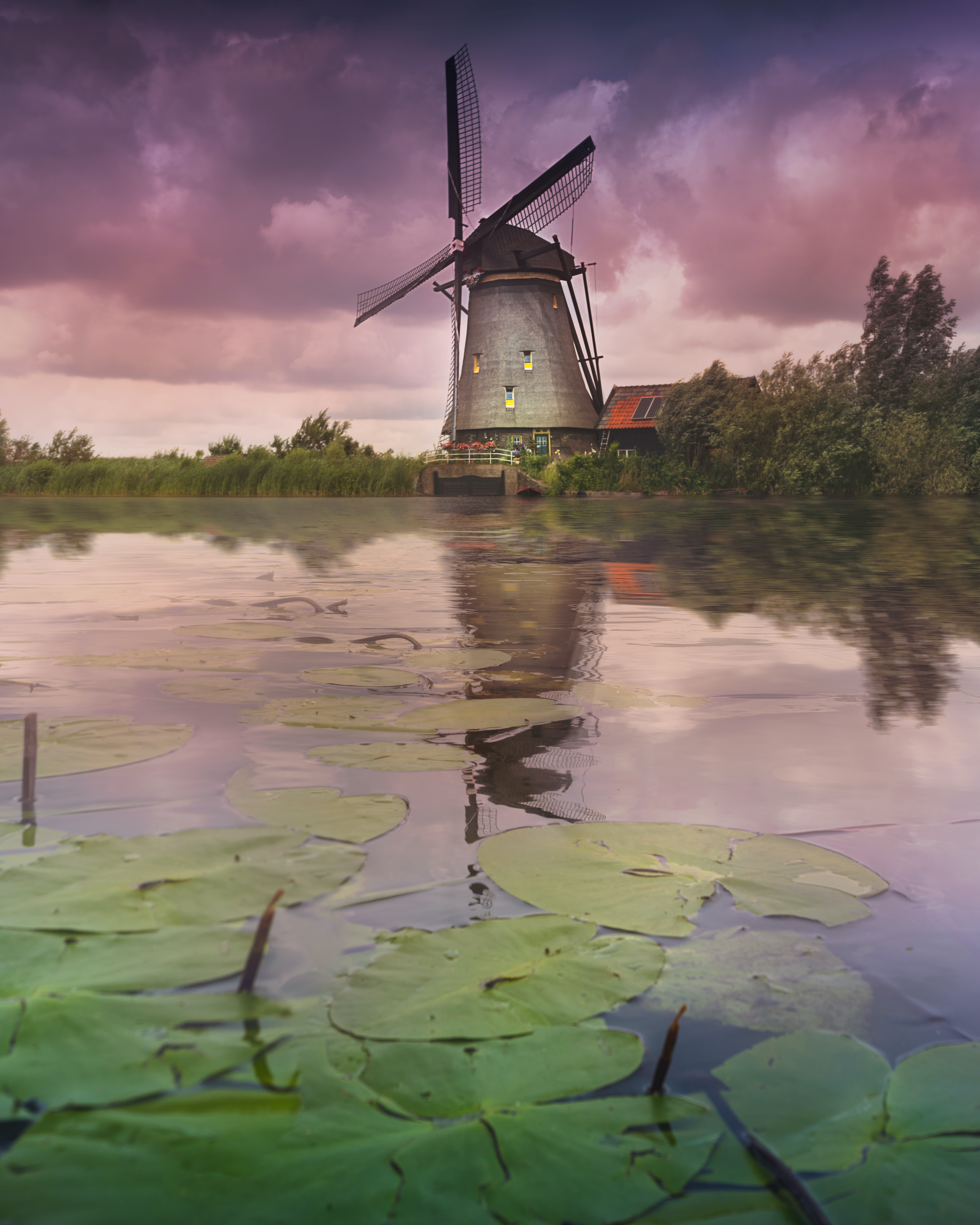 Water and windmills, greenness, Islets green;—
Willows whose trunks beside the shadows stood
Of their own higher half, and willowy swamp:—
Farmhouses that at anchor seem’d—in the inland sky
The fog-transfixing spires
Water, wide water, greenness and green banks,
And water seen—

NOTE: Kinderdijk is a village in the municipality of Molenlanden, in the province of South Holland, Netherlands. Kinderdijk is situated in the Alblasserwaard polder (a piece of low-lying land reclaimed from the sea or a river and protected by dikes) at the confluence of the Lek and Noord rivers. To drain the polder, a system of 19 windmills was built around 1740. This group of mills is the largest concentration of old windmills in the Netherlands. The windmills of Kinderdijk are one of the best-known Dutch tourist sites. They have been a UNESCO World Heritage site since 1997.