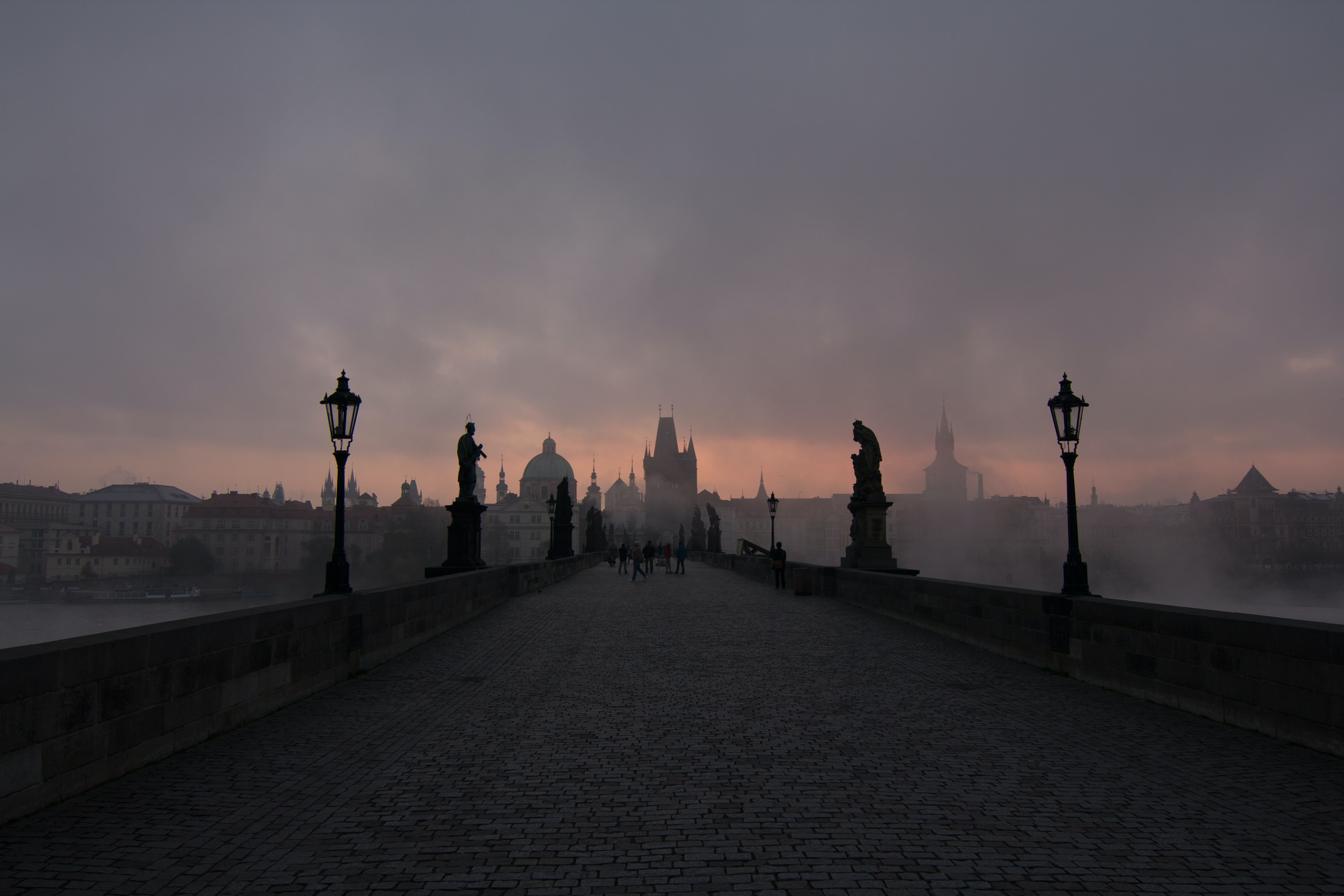 I Am Reminded When Thinking
by Andrena Zawinski
“Prague doesn’t let go. This little mother has claws.”  Franz Kafka

I am reminded, almost as if in whispers
by weathered house plaques on backstreets
of Prague, that behind the damp and musty
walls, those of some importance once must have

invented themselves above the rest of us here
who, ordinary, press our pens to pads,
our noses to fogged window panes to watch
and clock the melancholic morning drizzle.

Dustbins and brooms push in along the River
Vltava in a hush where shopkeepers drape doors
in lengths of amber beads jostling marionettes,
where sidewalk vendors fling open stall displays,

where I am reminded how shelves are stocked
in a new abundance with buxom breads, aged
cheese, pickled eggs and Postum. But how still now
the boat dock silenced of ragtime bandstands

and jazzy improvisational cafes, how later dim
saloons will dance with consonant strung syllables,
how under doorways, in corridors, behind walls,
some of us will find each other with fingertips and tongues,

how we will make promises and plans, interpret dreams,
float buoyant and rest on the wake of some small slice
of happiness, or on broken speech fill pillows
in relentless streams of muffled grief beneath

rime-colored skies the ravens cry. I am reminded
other mornings will wash in misty above sills,
a flurry of poppies in the rain-cleared air, halos
of canopies shading the light, reminded we are all

held captive by this mother with claws,
how we can regret only that we are not birds.

“I Am Reminded When Thinking” appears in the author’s collection, Something About (Blue Light Press San Francisco).

PHOTO: Charles Bridge, Prague, Czech Republic. Charles Bridge is a historic bridge that crosses the Vltava River in Prague, Czech Republic. Its construction started in 1357 under the auspices of King Charles IV, and finished in the beginning of the 15th century. As the only means of crossing the river Vltava until 1841, Charles Bridge was the most important connection between Prague Castle and the city’s Old Town and adjacent areas. This “solid-land” connection made Prague important as a trade route between Eastern and Western Europe. Photo by Ryan Lum on Unsplash 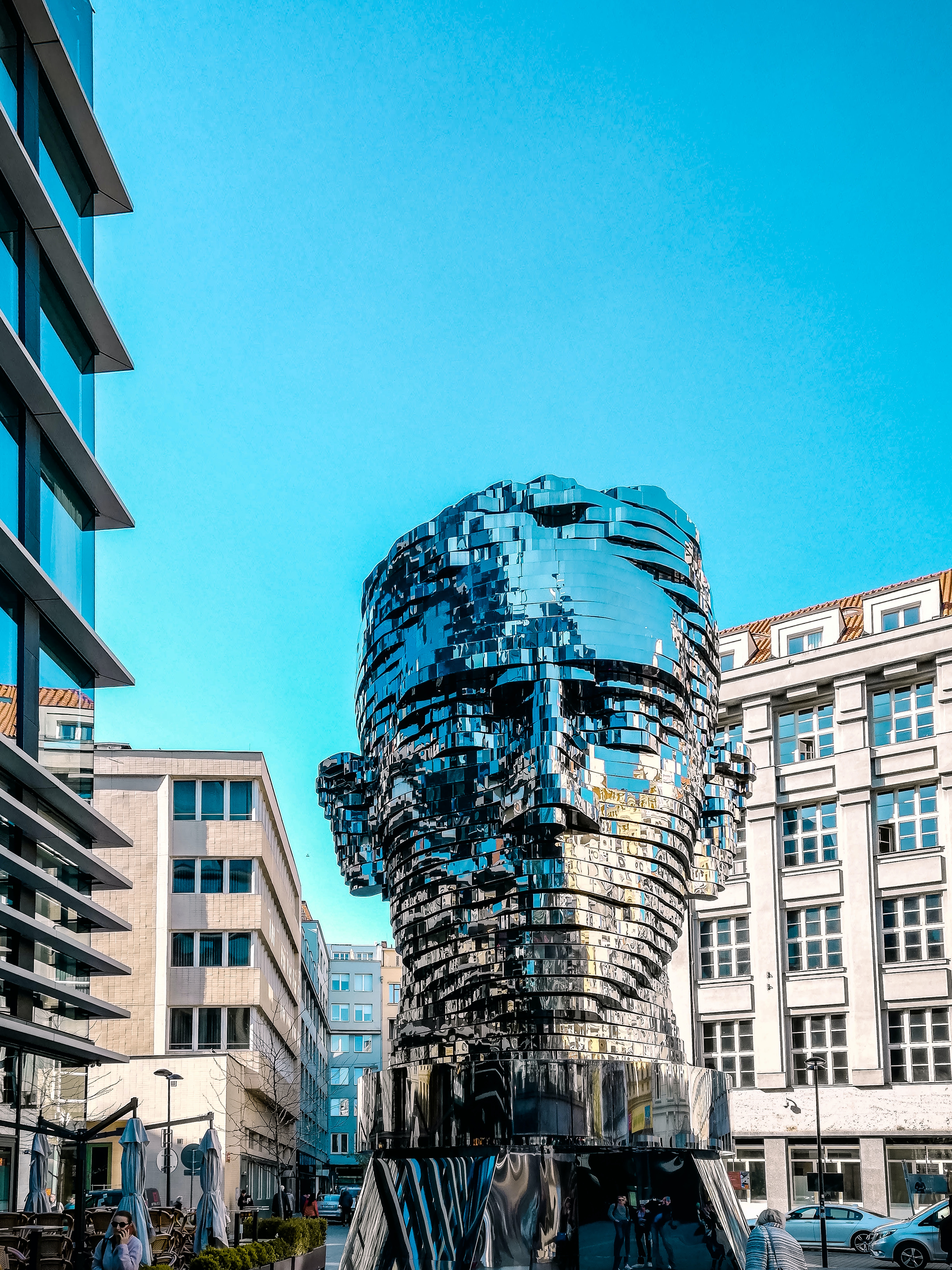 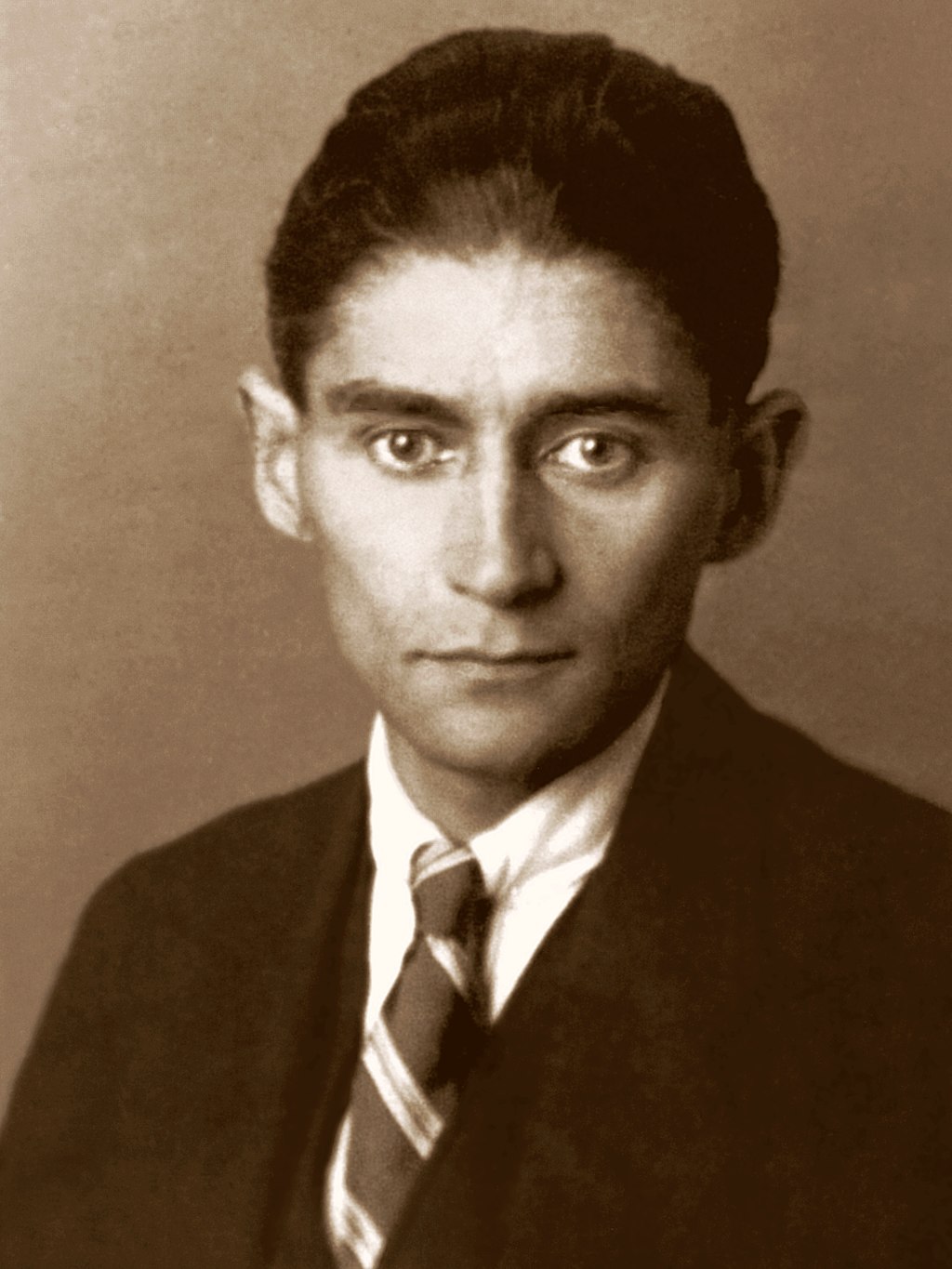 NOTE: Franz Kafka (1883–1924) was a novelist and short-story writer, widely regarded as one of the major figures of 20th-century literature. His work fuses elements of realism and the fantastic. His best known works include “Die Verwandlung” (“The Metamorphosis”), Der Process  (The Trial), and Das Schloss (The Castle).  Kafka was born into a middle-class family in Prague, the capital of the Kingdom of Bohemia, then part of the Austro-Hungarian Empire, today the capital of the Czech Republic. He trained as a lawyer and after completing his legal education was employed full-time by an insurance company, forcing him to relegate writing to his spare time. He died in 1924 at the age of 40 from tuberculosis. Few of Kafka’s writings were published during his lifetime. His work has influenced a vast range of writers, critics, artists, and philosophers during the 20th and 21st centuries.

ABOUT THE AUTHOR: Andrena Zawinski’s latest poetry collection is Landings from Kelsay Books. Others are Something About from Blue Light Press, a PEN Oakland Award and Traveling in Reflected Light from Pig Iron Press, a Kenneth Patchen Prize. She also has several smaller collections. Her poems have received accolades for free verse, form, lyricism, spirituality, and social concern, and have appeared in Aolean Harp, Artemis, Blue Collar Review, Bryant Literary Review, Caesura, Plainsongs, Progressive Magazine, Rattle, and others with work online at Women’s Voices for Change, Writing in a Woman’s Voice, Verse Daily, and elsewhere. Veteran teacher of writing and feminist activist, she founded and runs the San Francisco Bay Area Women’s Poetry Salon and is longstanding Features Editor at Poetry Magazine.