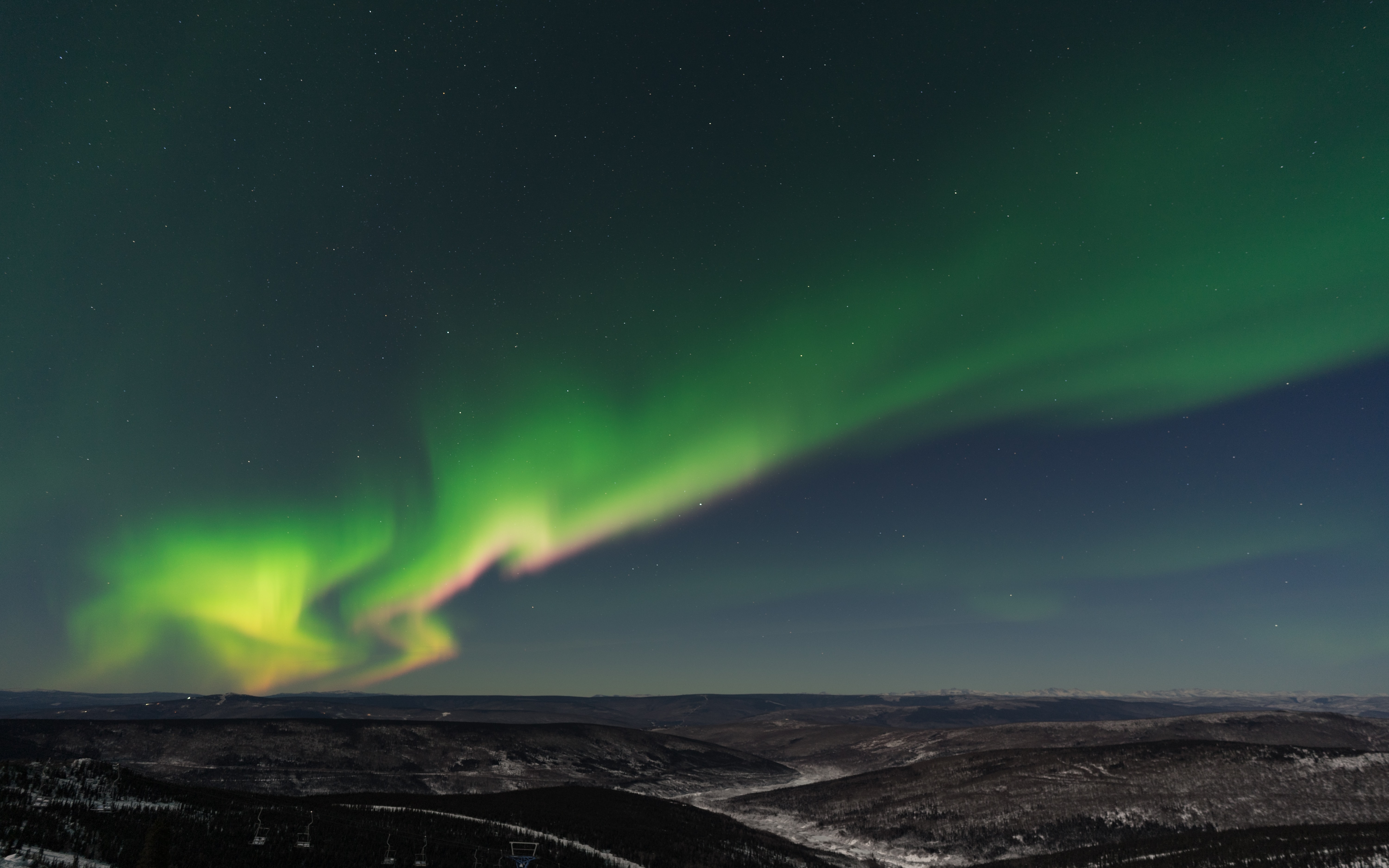 Fairbanks Under the Solstice
by John Haines

Slowly, without sun, the day sinks
toward the close of December.
It is minus sixty degrees.

Over the sleeping houses a dense
fog rises—smoke from banked fires,
and the snowy breath of an abyss
through which the cold town
is perceptibly falling.

As if Death were a voice made visible,
with the power of illumination…

Now, in the white shadow
of those streets, ghostly newsboys
make their rounds, delivering
to the homes of those
who have died of the frost
word of the resurrection of Silence.

PHOTO: Cleary Summit, aurora viewing area, Fairbanks, Alaska. Fairbanks’ Aurora Season occurs from August 21 to April 21.  The aurora is present year-round, but can only be seen during the Aurora Season when the skies are dark enough. Photo by Tommy Tang on Unsplash.