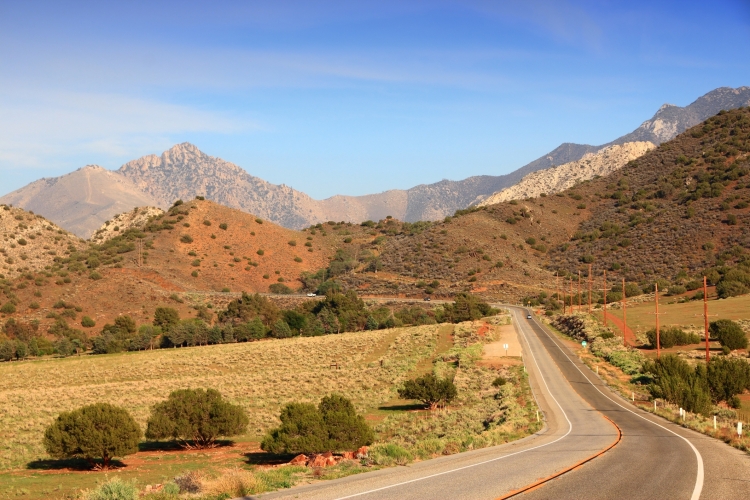 By Bus to Fresno
by Philip Levine

I wakened at a filling station
outside of Wasco to see the light
breaking over the Sierras.
The boy next to me asked were we
there yet. He said it first in Spanish
so perfect I smiled and said no.
When he asked again in perfect English
I said “soon.” In the chill morning
the driver smoked and talked to a man
shirtless and half-hidden under
the hood of a pick up. Soon could mean
before noon or within a year or two.
Soon could mean never, as it did
when we were kids. That day it meant
light would fill the narrow furrows
between the grapes, it meant a tractor
would cough, catch hold, and then die
across the way. It meant work was waiting
for us in the silent offices
ahead, in the back lots of feed stores,
on the greased floors of emergency
rooms and used tire shops. Tired as I am
I would not go back to 1959
with that narrow road swaying past,
the world wakening to miles of cotton
stunned by summer, the boy asleep
beside me. Behind his calm brow
he dreams, perhaps, of a future
rushing toward us sooner than we know.

PHOTO: Highway in Kern County, California, with Sierra Nevada Mountains in the background. Photo by Tupungato, used by permission.

ABOUT THE AUTHOR: Philip Levine (1928–2015) was a poet best known for his poems about working-class Detroit. He taught for more than thirty years in the English department of California State University, Fresno and held teaching positions at other universities as well. He served on the Board of Chancellors of the Academy of American Poets from 2000 to 2006, and was appointed Poet Laureate of the United States for 2011–2012.

2 thoughts on “By Bus to Fresno by Philip Levine”